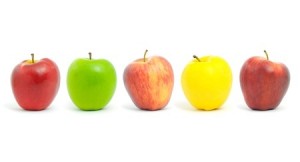 The long awaited, highly anticipated launch of Apple’s  iPhone 5 was held yesterday, September 12, in San Francisco. Apple fans from around the world have been anxiously waiting for the company to release their new gadgets, especially the most recent addition to the iPhone family. Apple is marketing the iPhone 5 as, “The biggest thing to happen to iPhone since iPhone.” Expectations were high, and fans don’t seem to be disappointed.

What’s so great about the new iPhone 5?

The most obvious difference between other iPhone models and the iPhone 5 is the drastic change in size. This model offers a significantly larger screen (4 inches) for increased viewing pleasure. Not only does this model of the iPhone have the largest screen in Apple’s cell phone family, it is also being called the thinnest smartphone in the world–0.3 inches thick. In fact, the new model is 20% lighter and 18% thinner than its’ predecessors; it only weighs 112 grams.

The iPhone 5 is made completely of aluminum and glass. This revolutionary change in cell phone design is unlike any other technology currently circulating the industry. In comparison to the iPhone 4 and iPhone 4S, the new model is better, faster, and stronger.

So what’s the catch?

For the most part, the release of the iPhone 5 was met with rave reviews from techies, fans, and Apple customers alike. Despite all of the positive buzz surrounding the new iPhone, most reviewers and customers will agree that the new iPhone has a few substantial drawbacks. For example, a 4G/LTE connection might be the quickest way to access the internet, but there are quite a few cellular providers who are unable to offer 4G service to their mobile customers.
By far, the largest issue consumers are complaining about is the new connector. Apple released a brand new connector model that is 80% smaller than the connector used by most other Apple devices. The new flat dock connector, nicknamed “Lightning“, is also reversible. What does that mean for customers? Sadly, it means that no previously released iDevice accessories are compatible with the iPhone 5. Apple customers who wish to continue using the 30 pin port found on older Apple gadgets will have to buy an adaptor. These adaptors will be sold exclusively by Apple and will cost customers $29 dollars. To top it all off, the adaptor will not be available to iPhone 5 users until October.

How much does the iPhone 5 cost?

The iPhone 5 will be available in the United States on September 21 (pre-orders start Friday). The cost of the new iPhone will begin at $200 with a two-year mobile contract. With the Christmas season coming up, the iPhone 5 is expected to be a popular stocking stuffer.