Deciphering How and What You Should Market on Facebook 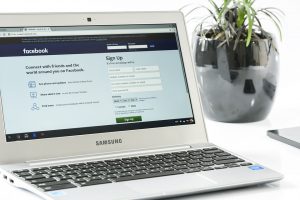 While there are many social media platforms that each provide select brands and businesses with opportunities, Facebook remains the most popular. Due to its widespread adoption and sheer audience size, brands of all sizes count on Facebook to get their content, products and information in front of loyal audiences on a daily basis.

By and large, the most popular form of content in marketing on Facebook are simple links. A majority of content posted to Facebook by brands comes in this format, and includes both direct links to a brand’s website as well as links to other pages. While this is a viable strategy, it is not necessarily the most effective.

Brands focused on pinging images to their audiences tend to generate better response rates. For brands seeking higher engagement rates, image use may be preferable: in many cases, it is not inherently difficult to create marketing images and social media content, but people are more likely to like, share and comment on this type of content.

However, the most effective form of content in Facebook marketing is the video. While smaller brands use this option less frequently (due to budgets and technical skill), videos will reach a larger audience and create more clicks and engagements than any other form of content.

In terms of the amount you want to include as text with any marketed content on Facebook, longer descriptions and posts tend to be less popular. Nearly 9 in 10 marketed posts observed on Facebook have fewer than 300 words, and a majority are shorter than a tweet.

This is easily manageable, especially when the focal point of the content in question is a link, image or video. As it turns out, most people aren’t willing to spend copious amounts of time reading boosted posts and other ads on social media. As such, keep it as short – but descriptive – as possible.

Target Audiences at the Right Time

It shouldn’t be too surprising to learn that pinging images and videos via Facebook advertisements during business hours will naturally produce less than optimal results. While the difference can seem minimal, many brands have observed as much as 20% more engagement during the weekends than on weekdays.

Likewise, the timing each day of a particular ad campaign may create different outcomes. Rather than starting a particular campaign during night-time or business hours, aim to configure your campaigns so that as much free time among your target audience falls within the window. Each campaign can be configured to run for a specific number of hours once launched, helping you to further maximize your budget.

Whether it relates to the type of content or the way it is presented, knowing how to maximize marketing efforts on Facebook is just common sense. Over time, you’ll increase efficiency and save money – ultimately leading to better ROI for your efforts.

Tags:
facebookmarketing
« Three Ways to Assess the True Value of SEO
Ways to Incorporate Storytelling Into Your Blog »
Share

Is Your Content Contagious?
Everything You Need to Know About Periscope
Which Trends Are Impacting Digital Marketing the Most?