How to Get .gov Backlinks for Your Website or Blog 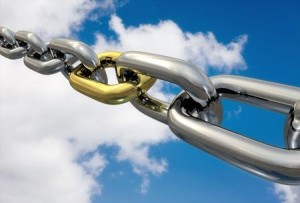 It is disputed amongst the SEO world as to which types of backlinks are more valuable, and this is made even harder to understand when even the big shots at Google won’t even give a definitive answer.  However, it is widely believed that backlinks from .gov sites are more valuable than other domains purely because they come from government websites and these websites are not only maintained regularly, but they are also highly valuable to readers.  So how can you go about getting the holy grail of backlinks?  Let’s take a look.

Write about a Politician or Government Agency

This is one of the easiest ways to get a .gov backlink for your website or blog.  All you need to do is write an article about a specific politician or government agency and then let them know about it once you have published it.  Although this doesn’t work all the time, especially if you try and get links from high up agencies (getting .gov links isn’t all that easy), often you will receive a response and a link to your article on the government website.  Voilà, that’s one extra .gov backlink.

Get a Government Contract

This is a guaranteed way to get a .gov backlink, or at least you have a much higher chance of getting one than with option one.  If you manage to get a government contract you will find that the agency who hired you will issue a press release, and in that press release will be a mention that you have started working for them – with a backlink.

Believe it or not, there are some government sites that have a regularly updated blog which allows comments.  This will take some time to research but it is definitely worth it if you can find some.  Most of the blogs you will find are “no follow” however there are also some “do follow” blogs dotted around too.  Either way, the link is definitely worth it, so make sure you post relevant comments!

One thing that many people don’t realise, is that there is quite often a tourism section on the .gov websites.  For example on the NYC.gov website there is a tourism board which tells people about special offers and attractions that are happening in the city.  If you know of any special deals for tourists make sure to let the site know… you will be repaid with a backlink!

And finally, if you run out of options in your home country, why not look into .gov websites in other countries.  China and the United Kingdom both have .gov domains as do a number of other countries in the world.  They are also easier to obtain than on the American site as there are less people trying to obtain backlinks than in the United States.

If you take a day to focus on getting some .gov backlinks, you are sure to be rewarded with at least one.  Good luck!