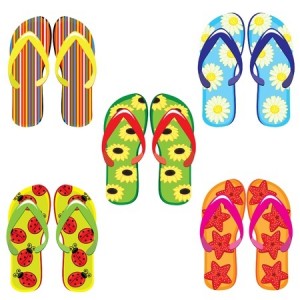 The iMac may have been a remarkable success, but that doesn’t mean the component parts were up to all that much. The hockey puck mouse may have looked cool and other worldly, but in reality it was literally a pain to use! Reports of it being awkward to use were wide of the mark – they were downright painful!

It’s not often Apple are keen to talk down any of their products, but that’s exactly what Steve Wozniak did with the Apple 3. He actually deemed it to be a failure, which is hardly the positive spin that has been applied to all Apple products released since. The Apple 3 was besieged with technical problems that just wouldn’t go away, and the price was far and away higher than competitors who were frankly building better machines at the time.

One of Apple’s biggest mistakes was licensing Mac hardware to third parties. There weren’t too many disasters, but the Pippin was one. This Bandai produced games console should have been ahead of its time, using a 14.4kb modem, but the bottom line was that it was just too expensive. The price pushed it out of reach for normal users, and once popularity of other consoles grew, the Pippin got left behind. The only good news for Apple is that it was so unsuccessful, most people didn’t actually notice this failure!

It’s easy to argue that Apple were quick off the block to produce a modern consumer digital camera, but their problem was that they were quickly up against the likes of Kodak. This 0.3 Megapixel camera was capable of taking photos up to 640×480 resolution, but it didn’t really cut the mustard. Although it lasted a couple of product cycles, it was one of the first culls among the many that Steve Jobs undertook on his return to Apple.

We have to argue that the Newton probably had a lot to do with the eventual release of the iPhone, but that doesn’t stop it from being a total disaster from start to finish! In many ways it was ahead of its time, but unfortunately it will only really be remembered for being the butt of many a joke about terrible handwriting recognition. The Newton was a real pioneering device, and in many respects lead the way for handheld devices we all take for granted today, but the handwriting recognition was so bad it was almost unusable. Steve Jobs’ reaction when he rejoined Apple? Bin it!

As you can see there have been some poor Apple products over the years, but we’re sure they take solace in the fact that for every poor item, there are ten massive success stories, many of which have changed modern life.

Tags:
AppleApple DevicesFlops
« Vine – Social Media’s Next Big Thing
Why Your Marketing Strategies Are Not Working on Millennials »
Share