How Apple Handles App Downloads for People Not On iOS 7 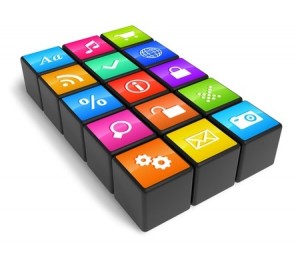 If you are a developer, or even just an end user of Apple iOS devices and apps, you may be a little concerned about what impact the redesigned interface that comes with the latest version of the operating system will have on the app market. The iOS operating system is used on iPhones, iPads and the iPod Touch, and has just undergone its first major redesign in years. The iOS 7 interface looks vastly different from the last few versions, and this has an effect on how apps look – older ones can look strange and out of place.

So, most developers, ahead of the launch of the new iOS in September, raced to make new versions of their apps that worked beautifully with Apple’s new design. This means that the latest versions of many popular apps are now only compatible with iOS 7.

Not all users, however, have upgraded their devices to iOS 7 yet. In some cases this is because they are wary of doing so because it might break apps that are important to them (for example work specific apps their companies give them that may not be updated for some time due to internal priorities). In other cases, it’s because they haven’t bothered to yet and will do it once it starts to present them problems. For many people, though, it is because older Apple devices can’t be upgraded to iOS 7. If you have an iPhone that is older than an iPhone 4, a first gen iPad, or an older iPod Touch, you will not be able to get iOS 7 on it no matter how much you might want to.

This means there are millions of people out there still running the older version on at least one of their devices. So what are these people to do if the app they want has been updated and the current version will only run on the iOS they can’t have?

In the past, the only version of an app you could download was the latest one. This meant that if you had an older operating system than the app was now compatible with, that app was off the table for you.

At this point though, Apple have recognized that there are now so many generations of their products out there that they have to give a better service to the people using what they might regard as obsolete devices. The iPhones that have just been released, the 5S and the 5C, are actually the fifth gen of the popular smartphone, and there is a big second hand market for out of date models as well as of course people who don’t feel the need to upgrade every time a new one comes out if their old one still serves them well.

So, what Apple have done is implement a change to the app store whereby if you try and download an app and don’t have iOS 7, it will let you download the last version that was compatible with the iOS version you are using. This is a welcome change that will make life easier for users, and also give developers the assurance that they are not alienating a large audience by upgrading their offering to look good on iOS 7.

Tags:
App DownloadsAppleiOSiOS Operating System
« Using the Blueprint App to Mock Up Your Own App
How Much Of A Problem Are Touch Screen Keyboards for The Forms on Your Website? »
Share

Firefox 5 – Addon Update
Europe’s New “Right to be Forgotten” Concept: What Does It Mean?
Some Interesting Stats About the Future of Mobile