Ok, so you’re thinking of buying an IPad2 and are wondering if it’s really worth making the change. Well let’s take a look at a critical review of the brand new IPad2. 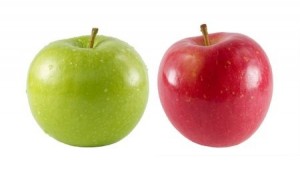 First obvious point when you pick up an IPad2 is the fact that it’s incredibly thin and light, it also sits perfectly naturally in the hand which after all is the entire point of a tablet device. The whole box of tricks weighs less than 2 pounds and this makes using it for long periods of time an absolute breeze.

The RAM in the machine has now been doubled and the leap to 512MB means that you can play all kinds of graphics based games with no jerky graphics and an obvious smoothness of movement.

There are now two cameras and Apple has added its own face to face conferencing system which it calls Facetime. This means that you can chat with friends and family at the touch of a button wherever you might be in the world (assuming you have internet access). It can’t be used over a 3g connection but its fine over any Wi-Fi connection which means most people can access the feature easily and quickly. Imagine being in one country on one side of the world and  being able to fire up the IPad and speak face to face to your partner on the other side of the world…….incredible.

The improved RAM allows extensive multitasking and in reality this happens quickly enough for 99% of users more used to the dreadful task speeds of even the most modern laptop devices.

The massive advantage that most Apple devices have is the huge collection of Apps……..and the IPad2 is no exception. The Apple store lists over 70,000 different apps for the IPad2. These cover most user requirements including photo editing and drawing as well as most gaming and motion based applications. These work brilliantly on the IPad with little jerkiness and for the most part great clarity and smoothness of motion.

The main advantage of the IPad2 is the serious lack of weight and its amazing battery life. My recent purchase lasted over 10 hours with the Wi-Fi turned on and this is great when added to the sheer variety of e-books available.

If you ask me about drawbacks then the most obvious is the lack of USB support and no SD card slot. The addition of both these would not add massively to the price and would cement the IPads position as the king of tablet machines. The more Apple can pack into this machine as standard the more sales and the more the machine will be the absolute pick of all possible choices in this market.
All in all the IPad2 is a wonderful machine with only a few relatively minor drawbacks. Go visit your local Apple store and play with it for a while. Most people are totally convinced that they need one of these once they have had chance to play with one for more than 10 minutes!

What Do Apple’s New Products Mean for the Future?
Google Announces Tech Specs for Glass
SugarSync – The Latest Solution for Online File Storage