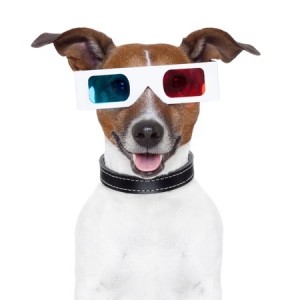 Google has been releasing bits and pieces of information on its Google Glass product for weeks now, but a recent slew of disclosure last week has produced some specifications and provided more details on what consumers can expect when they receive them. Unfortunately, this is the closest many will get to the product for a while: while Google is shipping out small batches of the product to be tested by those willing to fork over $1,500, the rest of us will have to wait at least a few more months before we can have the same privilege. With that in mind, let’s discuss some of the key elements of Google Glass.

The design of Google Glass is intended to be minimally invasive, with it being a form-fitting product that wraps around your head and makes contact in as few places as possible. Integrated in its design are adjustable nose pads which help keep the Glass at eye level while you are pinging to Google any set of instructions, just like any regular pair of glasses (well, regular glasses don’t understand you when you speak to them, but that’s besides the point). The device also comes with two extra sets of nose pads in different sizes, in case the standard set does not accommodate your nose well.

The centrepiece of Google Glass obviously is the display, which aims to completely transform how we view and gather information. Google claims that the high resolution display (believed to be 640×360 based on SDK details) is the equivalent of a 25-inch screen being viewed from eight feet away. This will certainly limit certain forms of media from being properly enjoyed, but still will be enough viewing area for most web-based activities.

The main concerns popping up about Glass relate to privacy, since users have the ability to be pinging to Google vital information about their surroundings at any time. This worries many who feel like they could be under surveillance at any time, but this is very much the case already with a variety of mobile capturing devices on the market.

According to Google, the camera installed will have 5 megapixels and obviously be forward-facing. We know from past updates that whenever an individual is recording, an indicator will pop-up on the glass to alert those around him or her that they are being recorded. The video capture quality is stated to be 720p, giving those with the headset access to high definition video on the go. As far as sound goes, Google announced that Glass will be using Bone Conduction Transducers in its design, essentially meaning that the microphone and speaker function are one unit.

We now know that Google Glass will come with 16 GB of storage (approximately 12 GB of that will be usable), the battery is supposed to provide “one full day of typical use” and that the standard port for data and charging will be microUSB. It will also work seamlessly with both Bluetooth and Wi-Fi, giving you access to both home networks and other mobile devices.

Tags:
Tech Specs
« Four Mistakes That New Bloggers Make and How to Avoid Them
How to Build a Social Media Following with Integrity »
Share

Why Online Reviews Matter More Than Ever
Old Content: How to Deal with It
Potential Factors That Damage Your Google Rankings (Part 2)