Seven Little-Known Features to Be Included in iOS 7 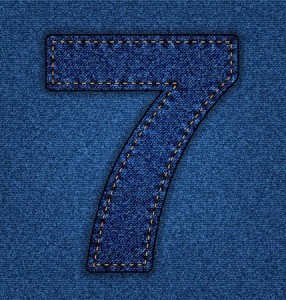 With the third beta version of iOS 7 arriving for developers this week, many are hyped about the changes that will be unveiled in the operating system’s next release. While a public presentation on the operating system was given, many features were not documented at the time. Since then, we have learned that several new experiments and additions to the platform have occurred that will provide an increased amount of functionality and flexibility than previously thought. Below, we will discuss seven different features that appear to be slated for release with iOS 7.

The iCloud compatibility with the operating system will be expanded to allow users to store all of their passwords securely via the cloud and authenticate their credentials through it. Pinging the server of iCloud for any and all user names and passwords needed reduces the risk of owners losing valuable passwords or falling victim to phishing schemes.

Instead of only being able to store tickets and coupons in your Passbook, the next release of iOS appears to also offer the ability to store card information and apps to the Passbook. QR codes will also be able to be added to Passbook via any QR reader application. This will give added life to the Passbook app, which has been rather useless for many iDevice owners until now.

A variety of different gestures have been considered for iOS 7, but the only now-confirmed and little-known feature is the swiping gesture for backing out of any web page. While the back button may remain a part of browsers like Safari, the Apple team seems to be ready to encourage users to adopt the swiping feature as a more efficient alternative to surfing the web.

iOS 7 will intelligently scan your text messages to find various appointments or dates of significance. It will then begin pinging the servers of iCalendar, iCloud and your device-based calendar with this information – all on its own. This will help users avoid any missed appointments and embarrassing last-minute cancellations.

In all previous versions of iOS, the only movement of icons occurred when users wished to move or delete various apps. In iOS 7, however, icons will have an optional feature that makes them respond to users’ actions. If you tap an icon, it will move and hover around the area for a short period of time.

When you have an alarm set on your iDevice in iOS 7, you will also be able to see a countdown timer between the current time and the time the alarm is set to activate. This can help users know how much more time they have to sleep if they wake up early or whether or not they are otherwise behind schedule. Even when you hit the snooze function, the lock screen will display the remaining time left before the alarm activates again.

Users will be able to keep multiple programs running in the background simultaneously by default in iOS 7, which helps them access vital information much quicker than in current versions. A redesigned interface for switching between apps complements these options.

The Best Smartphones for Bloggers and Content Creators
Are Your Gadgets Spying on You?
What Do Apple’s New Products Mean for the Future?