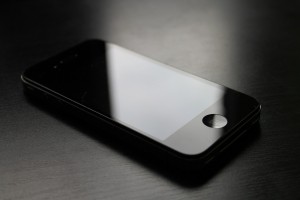 The latest iPhone 6 has just been released but already there’s significant talk of the next version.  And in fact, there’s talk that Apple will actually come out with three iPhones in 2016.  Here’s some of the latest buzz:

There’s talk that Apple will be coming out with a 4-inch screen version of the iPhone 7.  But where is this talk coming from?

Well, analyst Ming-Chi Kuo, who’s so far hit Apple predictions out of the park (look them up), has recently published his predictions for 2016.  In particular, he believes it will come out in the second half of the year, will have metal casing, but won’t support 3D Touch. He also predicts that up to thirty million units will be shipped out during the year.

Time will tell how accurate he is, but if past form is any indication of future results, things are looking good.

The New Phone Will Be Even Thinner

Apple continues to push the envelope in just how slim an incredibly powerful device can be, and the predictions are that the next version of the iPhone will be only 6 millimetres thick, if you can believe that. Some people are concerned about exactly how this will work.  Particularly when you take into consideration the risk of bending, and how that risk will affect functionality and durability. But that said, this really is Apple’s area of expertise, and they’re far ahead of the competition.  Even as devices get ever more powerful, Apple have unmatched experience at putting unbelievable processing power and functionality into a tiny space.

Now, although Apple has had some missteps in the past, those issues have been quickly resolved, Apple learnt from all those mistakes, and each version of the iPhone just keeps on getting better. Consider the Apple Watch – a tiny device that is not protected from the world like your phone is by hiding in your pocket all day, but instead is designed to keep on working through thick and thin.  So Apple certainly has the know-how to make a thinner phone work.

May the Force Touch be With You

Force Touch is Apple’s move away from purely touch sensitive screens to pressure sensitive.  In other words, there will be actual give when you press your screen! This is considered by many an absolutely huge step forward in phone technology, and a game changer in how many people interact with their phone.  Okay, perhaps that’s hyperbole, we can only wait and see.  But a lot of people are very excited about this particular development from Apple.

So yes, Apple continues to push the envelope of mobile technology as far as it can, and continues to lead the pack by a wide margin.  While continuing to take the bulk of mobile profits, and push the technology further than its competitors, although Apple may sooner or later fall from grace, it looks very unlikely that 2016 will be that year.

Tags:
AppleiPhone
« Emojis: When and Where Should You Use Them?
Simple Ways to Boost Online Awareness of Your Non-Profit »
Share