What Do Apple’s New Products Mean for the Future? 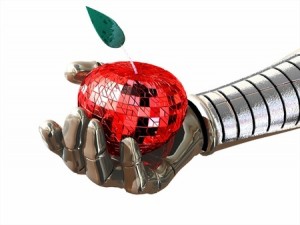 Another year, another Apple unveiling. Many people have become quite accustomed to the news that Apple is unveiling another round of new or popular items, but this year marks a notable divergence from that usual trend. In 2014, we saw three new items added to the Apple line-up: two versions of the iPhone 6 and the Apple Watch. These products in and of themselves aren’t necessarily the most revolutionary items in their respective categories, but with all things Apple, their influence will soon create waves that similar products from other brands did not manage to do. What does this mean for the future of multiple industries? We’ll discuss the details below.

Near-field communication technology (commonly referred to as NFC) hasn’t really caught on in the US like many financial industry analysts originally expected. All of the newly-announced Apple products contain this technology, making the technology much more likely to gain traction. Many brick and mortar companies have upgraded their POS systems to handle this technology, but few have had the opportunity to use it en masse. As millions upon millions of Apple users upgrade their products and begin to take advantage of this option, small businesses and large businesses alike will feel more pressure from the largest “hivemind” tech community in the world.

Pinging users with information has been a core component of Apple’s philosophy, but the trend is beginning to reverse notably: users are now pinging their devices with personal information. The Apple Watch, for instance, will be able to not only handle NFC payments as described above, but it features several health-related features that will ultimately result in the storage of many wearers’ most private forms of medical information. While some security features – such as thumbprint verification – are now available on these Apple devices, tech companies and the industry as a whole will continue to feel more pressure to take privacy concerns into greater account as they develop the next generation of products, many of which will consume more and more information from us.

While mobile users on the go are more likely to make purchases, the mobile aspect of e-commerce has remained relatively small compared to in-person and desktop-related purchases. As devices like the Apple iPhone 6 continue to become larger in size and contain more features, the bridge between tiny mobile phone and full-featured computer becomes smaller and smaller. As a result, we expect more customers will begin to make purchases from their mobile devices due to the fact that these devices resemble the ones they usually use to make purchases. This of course will lead to a greater need from businesses when it comes to pinging users with advertisements in order to capitalize on mobile search and social media.

Apple’s continued dominance in the tech world may not last forever, but the effects in regards to commerce and privacy that its latest line of products will create will continue to be felt for a long time. No other aspect of the smartphone or mobile device industry has such unity or such a large, devoted following, so the features added in this latest batch of Apple products will cause tech companies and small businesses alike to adapt.

How the Energy Crisis is Impacting Businesses
Pingler.com Introduces About Me Page
Pingler Upgrade April 30, 2013