Important Findings You Need to Know About Pinterest Users 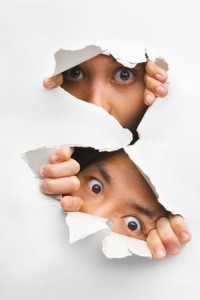 While not in the big three, Pinterest is a successful social media network that grew out of nothing and now connects tens of millions of users. Its main premise revolves around sharing, but does it in a way that is fundamentally different than most other social media networks. Designed originally as a way to share and coordinate design elements, art and other accents, Pinterest has grown into a network where users “pin” items and multimedia in order to create like-minded themes and/or to express themselves. Anyone who uses Pinterest for marketing purposes probably already understands the value this can create, but you may not be aware of some other tidbits about the users of Pinterest itself. Below, we’ll hash out some important findings that you need to know when using the network.

Pinterest is a Female Network, and Becoming More So

In its early stages, Pinterest’s main target audience was women. After all, when it comes to expressing tastes in art, fashion and décor, most will tell you that such a focus will generate a female-dominant network. In the beginning, Pinterest’s audience was approximately 85% female, which meant that pinging users almost always required marketing approaches catered to this demographic. As time has passed, however, Pinterest has become even more female: while the percentage of female users has dropped slightly (to 80%), the number of pins created by females on the network has sky-rocketed to more than 90%. If you want someone to share your content, then be aware that catering to men may not be the best approach.

Some topics do better on Pinterest than others. When you understand this, you can decide whether or not the network is worth your time and what angles you should use to boost marketing potential. On Pinterest, the most popular categories include food and drink, hair and beauty, craft-making, holiday accessories and women’s fashion. Fortunately, many of these categories can be good segue-way into the others, which makes it possible for you to create pinboards and profiles that focus on these elements more broadly speaking. Not all topics can be combined, however, and some Pinterest users find just as much success with niche pinboards.

Even though we might have misconceptions about the user base of Pinterest due to it being skewed so heavily to one gender, there are several interesting points that are evident. One of the most significant is that a lot of soccer moms don’t hop onto the network and begin pinning until after 9 PM. This activity begins falling off around 11 PM, but pinging users with your pins around this time will maximize the likelihood of your content being seen in a timely and efficient fashion. Even at midnight, there are more pins going on than at any point in the AM, so feel free to post and pin when the sun goes down.

Now that you have a better understanding of who uses Pinterest, when they use it and what they use it for, you can tailor a customized pin marketing strategy to attract more followers and boost social reach. When we consider that the vast majority of consumer spending is directly or indirectly influenced by females, Pinterest marketing seems like a no-brainer for most brands.

Tags:
DemographicsPinterest
« Tired of Google? Then Try Out These Search Engines
A Guide to Local Ads for Local Businesses »
Share