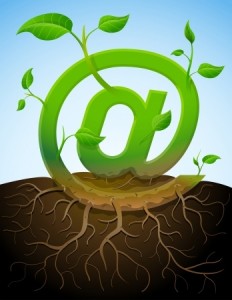 An ample amount of energy and focus is given to the three largest social media networks – Facebook, YouTube and Twitter – and with good reason. Through these three networks combined, you can connect with more than one billion unique individuals, making it a great place to organize, connect and market your brand to others. While these networks certainly have the competition beat when it comes to sheer numbers, there are other alternatives for those who like closer-knit communities and social media networks with different features. Whether you are a marketer, investor or someone else who is looking to capitalize on the latest trends, knowing which networks are rapidly growing is important. Below, we’ll discuss the three fastest growing social networks, what they offer and why you should care.

Long known as a place for hyper-niche interests and animated GIFs, Tumblr has seen a shockingly large amount of growth over the past year. Tumblr in many respects works like a blog platform, but also offers Twitter-like functionality when it comes to feeds and hashtags. Currently the fastest growing social network in terms of percentages, Tumblr has seen a 45% increase in users in just the past six months, and a 120% increase in the number of active users over that same time period. With the ability to market and appeal to very precise niches on Tumblr, it is a marketer’s dream – especially now that pinging servers with their content is more productive than ever.

Around for quite some time and always a great place for those who love fashion, décor and art, Pinterest has seen more activity growth in the past six months than any other network besides Tumblr and more new members than any other network period. With active users up by 110% and a near 60% growth in members, now is the perfect time to consider joining the social network if you are a brand. Advertising on Pinterest has been shown in previous studies to be quite effective. If you have a female-dominant demographic that you usually target, then you’ll be happy to know that more than three-quarters of all Pinterest users are women.

Last but definitely not least. Instagram is an excellent platform for brands to show off themselves in  a multimedia-focused fashion. With a near 40% growth in members and 65% growth in active users since April, you’ll definitely want to consider targeting this network in the immediate future. Reportedly, Instagram offers the lowest average cost per click of any social media network when it comes to paid advertising. Especially useful for sharing photos and adding artistic touches to them, there is a lot that you can do on here that will  showcase your brand in an entirely new light.

We all want to be pinging servers on social media effectively. With sites like Facebook and Twitter completely saturated with ads and users, it can sometimes be prudent to target smaller communities and niche networks. The three networks mentioned above all have advantages in this regard, but are growing rapidly as we speak: get in on the action before it’s too late!