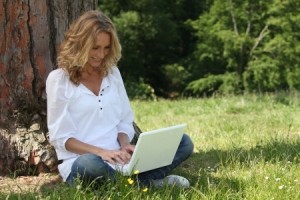 As time marches on, more and more businesses are realizing that social media is a powerful tool that can boost brand recognition, increase sales and provide more effective ways to build bonds with customers and fans. With the internet becoming more competitive and more costly for those who want to compete, everyone is in search of low-cost or free ways to build their bases. Social media fits the bill perfectly in this regard, and one network – Pinterest – has been garnering much attention over the past two years. If your business is jumping into the social media game or already has a presence, then you may want to consider Pinterest as a potential platform. We’ll discuss what Pinterest can offer your business and explain whether or not it is right for you.

Is your business primarily in the market of selling products and services to women? If so, then Pinterest is perhaps the best social network to use. One study found that nearly three-quarters of all Pinterest users are females between the ages of 25 and 45 – a prime demographic for many businesses. Even if you offer products that are geared toward males, many consumer-level studies tell us that females are directly or indirectly responsible for up to eighty percent of all household spending. That new line of underwear for men you’re debuting may be quite popular on a network where the women of the house do most of the shopping.

Several studies have been conducted to figure out where the best bang for an advertiser or business’ buck can be found, and the verdict is nearly unanimous: Pinterest! Pinterest generates more revenue per click than Facebook and Twitter combined, making them more likely to buy than users of other social media networks. The same studies also found that Pinterest users tend to spend more per transaction than users of other social networks, which makes them a ripe target for any high-end or premium business offering products and services. Pinging to Google Plus, Twitter and other networks are still worth your time, but ignoring Pinterest while doing so seems to be a poor decision from a marketing perspective.

Whenever you create pins on Pinterest (the equivalent of posts), you can include a link back to your website. Unlike some social media networks, shares of your pins that include links will retain them in each post. We’ve all seen photos shared on walls on Facebook; often times, the content that was included in the original image isn’t in the share (unless it was copied and pasted). With Pinterest, all of your content is shared without exception, meaning that your links will continue to travel with each share. A viral marketing opportunity exists with each pin; forget pinging to Google Plus and instead, embrace pinning to Pinterest!

If you have a product or service that can be marketed to females, an ad budget that could use some more efficiency and a desire to see more traffic come to your website, then Pinterest can be a very valuable promotion tool in the world of business. If so – and by providing creative updates and pins through Pinterest – then you’ll be sure to see a better return on investment than through other social media networks.