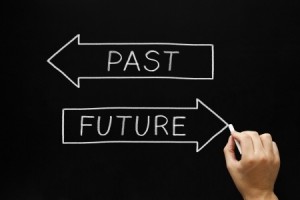 Search engines provide us with tons of information, but they also collect a bunch of information from users. This accelerating trend is a key reason why search engines like Google and Bing have been able to revise their search engine algorithms in recent years to guarantee more content – by analyzing what people search for, what they prefer and how long they spend engaged with each website, they are better able to serve up quality content. Search engines are not only pinging networks for user actions, but they are also doing it in order to be more effective marketers and predictors of future trends. Bing has recently stepped into the world of predictions: how well is it doing thus far, and what does it have planned for the future? We’ll discuss three examples of this below, so that you can see what the future of search and guess may hold.

Many people are talking about the huge and unexpected sweep that Republicans were able to achieve in the November 4 elections, but it turns out that Bing had an idea all along. There were 435 House elections, 36 Gubernatorial elections and 35 Senatorial elections up for grabs in the midterm elections. How did Bing do? All in all, Bing accurately predicted 96% of these elections correctly, putting them ahead of some of the most well-known elections analysts in the game. While this sounds very impressive, it should be noted that around 85% of these elections were “safe” in terms of the party likely to win. When focusing on the elections that were truly competitive, Bing accurately predicted around 75% of them correctly. It appears that Bing has some more work to do to claim that it has a crystal ball for seeing the future, but the level of accuracy was still impressive, nonetheless.

Bing has announced that it will soon venture into predicting the outcome of select sports events. This may be a prime source of information for those who love to bet on sports games, but beware that Bing’s technology is still new. What examples of sports events will Bing likely begin predicting? It has stated that the NCAA March Madness brackets will be a prime target, as will the NBA playoffs and various NFL sports matchups. This will certainly provide for some interesting manoeuvres for those who play Fantasy Football and those who come up with their own brackets, but sometimes a gut feeling may be a better bet. After all, Bing’s technology cannot factor in the unexpected.

Another area that Bing is quickly beginning to capitalize upon when it comes to their prediction models is the world of TV competitions and reality TV. Want to know who will have a better chance of winning America’s Next Top Model, or who will come out on top in Dancing with the Stars? Bing may just have the answer, if its models are calibrated properly. In some cases, Bing is already providing predictions in this area, but it remains to be seen how much it will expand into other television shows. Because in many cases these individuals will have no history or track record to observe, pinging networks for data about them will be less effective, and that will surely make the likelihood of correctly predicting winners a bit more difficult.

Tags:
BingPredictions
« Simple Solutions for Finding the Best Keywords for Your Site or Blog
Create Videos Quickly With These Three Online Tools »
Share

Mobile Now Bigger Than Desktops!?
You Can Now Buy Facebook Ads Through MailChimp
Pingler.com Introduces About Me Page