The Future of Predictive Polling, and What It May Mean for You 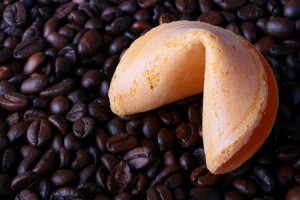 For decades, polls have been used in a variety of ways and for various applications. The most common idea that springs to most people’s minds when mentioning the word “poll” refers to tough choices or political contests. Polling, however, has its roots in just about any question or preference that could be considered. It is no wonder that more and more companies are now arising around the premise of what polling can offer – namely, insight into the future. As we continue to combine analytics, metrics and personal preferences in marketing and other areas of life to create more knowledgeable assessments, what will this mean for polling (and for you)? We’ll try to dissect all of this below, and give you greater insight into what this may mean for the future.

The much-talked about independence referendum in Scotland was held two weeks ago, with a slight majority of the country rejecting the notion. How did pollsters do with predicting this? Most importantly to the subject we are discussing, Bing Predicts is a new model that the search engine giant is using to assess social media and search sentiment in order to predict future events. Bing Predicts projected on the day before the election that the result would be 48% Yes, 52% No. The following day’s election produced a slightly more skewed result – 46% Yes, 54% No. In defending Bing Predicts, almost every major pollster that assessed the situation prior to the election was also showing a closer result. In the end, though, Bing Predicts was able to produce the correct result of the two potential choices, and pinging users in the future for information (combined with this tactic) could prove to be very useful.

The data that you may already be collecting through tools such as Google Analytics will be a key element in any future with predictive polling. While personal responses are the best way to generate data about what will happen in electoral contests and general preferences, using the power of social media, search engine patterns, traffic and preferable clicks is a far better way to determine or predict things that are not yet known. Many companies have already experimented with using the power of this data to generate predictions, with limited effect. As computing power and connectivity continue to increase in the future, these results will become more and more accurate, according to many analysts.

There are plenty of reasons why bloggers and webmasters will be interested in learning more about predictive polling and similar methods. One potentially helpful reason relates to trends; let’s assume that the science and aggregate assessments of the broader analytics market becomes strong enough to sense even minute changes in web users’ preferences. Those with access to the data and systems that are pinging users will suddenly be able to pick up on the hypersensitive changes in search that indicate new fads and trends. Being the first to publish a new article about the holiday season’s hottest toy can significantly enhance revenue and traffic for the person who strikes first. There are countless other examples that predictive polling will unlock when available in consumer and commercial formats.

Tags:
Predictive Polling
« Your Link Building Efforts Depend on Knowing This
Preventing Your Outsourced Content Strategies from Failing »
Share

What Has Google Changed in the Past Year?
Mobile Ad Spending is Up – Here’s Why
Why Is Facebook Enabling Autoplay with Sound Against Users’ Wishes?