Will Bing Overtake Google in the Future? 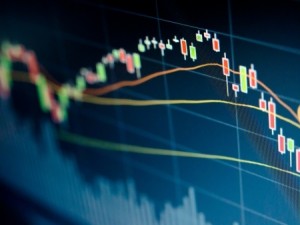 It comes as no surprise that Google dominates search engine market share – in 2013, Google proudly claimed two-thirds of all search traffic throughout North America and Europe. But Bing has been a consistent thorn in the side of Google’s constant desire to be the only solution for a variety of services in the online world. With a variety of different competitors falling down the food chain at one point or another – searching Ask.com’s situation and pinging Yahoo’s current position will give you an idea of how profound this effect can be – many forecast that there is no end in sight for Google’s prowess. But much like many other large entities in the internet’s past, Google, too, has weaknesses that can leave it exposed. How does Bing stack up against the competition and will it be able to overtake Google in the future? We’ll discuss this below.

Unlike every other competitor but Google, Bing saw its market share increase throughout 2013. Over that year, it saw market share increase from 16 to 18 percent, making it a defiant adversary for Google. Many others, like Yahoo, reached all-time lows during this period. This is obviously good news for Bing, as it continues to gain traction in a market that overall appears to be consolidating. The bad news is that for Bing to overtake Google at this rate, it’d take more than thirty years. We doubt that the current trends will hold at the same rate without some various changes in the way Google and Bing both acquire traffic.

Google posted impressive numbers when it comes to their growth in ad spending – 29%. But Bing blew Google out of the water, posting a 60% increase in ad revenue. When you start out lower, it is easier to grow at a faster rate for a time, but the amount of growth at this point in the paid ad game for a second-ranked competitor is still quite impressive. Overall, Bing enjoys a greater market share when it comes to ads than it does overall search – Bing accounts for approximately one-quarter of the ad spending on search engines. This is being driven in large part by the fact that Bing remains ahead of Google for the second year in a row when it comes to click through rate on ads – Bing barely edged out Google in 2013 with around 2.8%. Those who are pinging Yahoo, Ask and other alternatives aren’t seeing nearly as much ROI.

There are still billions of people in the world who have yet to “come online” – meaning that while they may have sporadic internet access in schools, libraries or public facilities, they do not yet have home access. Bing will be able to compete with these markets for traffic just as handily as Google, meaning that its current dominance is not something that is guaranteed. It can be compared to how Apple once dominated the smartphone market, only to have Android devices creep up and completely saturate the developing world with their products. Getting an alternative search engine in front of new internet users is even easier than convincing people to purchase a product. In many cases, this phenomenon favours the underdog, as the established alternative tends to focus more on developed niches and holding current ground.