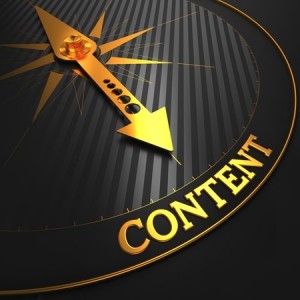 Several different methods and strategies all help make the ability to drive traffic to a particular site or page possible. Search engine optimization is used to increase organic page views through search engines, paid advertising helps websites rank in search results they might not otherwise be able to reach organically, and social media helps spread the message to an audience that has demonstrated acute interest. Content marketing in many ways touches all of these areas, but the notion that content marketing is a static art couldn’t be further from the truth. Below, we’ll provide examples of what the future of content marketing will look like with respect to the forms of media used (many of which you already see emerging today).

In recent months, platforms such as Twitter have begun making moves to incorporate livestreaming into their social media experiences. The ability to broadcast what you are currently doing to anyone and everyone who is interested has long been a valuable commodity, but the ability to do – integrated – via social media is an emerging trend in content marketing. Whether you are promoting a product, service or event, having livestream feeds that are pinging users with insight and awareness of what is going on will be a major trend in the near future.

Over the past few years, we have seen several virtual reality companies emerge with promises that they will change the face of VR. Unfortunately, many companies have focused on the video game aspect of VR and have not yet embraced strategies that incorporate it into online marketing possibilities. The nature of that is changing, however, as we see a new wave of VR companies emerging that promise to make it possible to promote products, simulate interactions and otherwise create impressions upon users that the world could only dream of just a few years ago. As VR becomes more mainstream in the coming years, the current methods of engagement known today will seem like mere child’s play when comparing them to integrated VR possibilities.

You thought it was dead, didn’t you? Podcasts were all the rage back in the middle of the last decade, in large part due to the device from which it got its namesake (the iPod). As more mobile devices entered the market and internet connectivity spread throughout cellular networks, the notion of the podcast faded from the collective memory of most. Roughly a decade after its inception, the podcast is making a comeback! It turns out that pinging users with episodes, interviews and other forms of longer entertainment via this multimedia format is highly desirable, and we see a variety of blogs and brands bringing back to the notion of the podcast en masse. While it could fade once again from the annals of successful content marketing strategies, expect the podcast to play a role in content marketing once again (if only for a short while).

What Makes for a Good PPC Campaign?
How to Better Personalize the B2B Marketing Experience
Boost Your Organic Reach on Facebook With These Three Tips