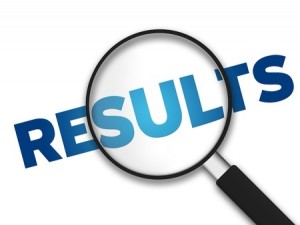 With the recent announcement that Facebook has plans to revolutionize the search industry by unveiling its Graph Search, many individuals who are heavily invested in social media have been salivating at what this can mean for the future of their social media endeavours. Bing recently threw even more red meat to those already in a frenzy by announcing that its most recent algorithm shifts have been tuned to include five times as much Facebook content as was previously displayed. What does this mean for you? Continue reading to find out more about what these shifts entail.

While the Social Results section of Bing Search has been present since summer 2012, there have been some major changes conducted in its latest update. Facebook has been heavily integrated and is featured prominently within the Social Results – and now has a more streamlined feel to it. You can hover over your friends’ avatars and see recent status updates. You will also see status updates and shared links from your friends that pertain to the search results you have requested. While Bing is still pinging sites like Quora and Twitter, there has been a significant shift in the emphasis Bing now places on Facebook.

The team at Bing has released a video entailing their vision for what social search results mean for the future of computing. Intrinsically, they believe that in today’s world of loose connections via social media, individuals can procure information on just about anything from someone with which they are connected on sites such as Facebook. Bing is aiming to bring all of this information full-circle in a way that allows anybody to seamlessly find advice, information or entertainment through the company they keep. In a world where we seemingly drift further and further apart due to technology, Bing is attempting to reverse the trend.

The Future of Marketing

While many in the realm of SEO and web design have not given much consideration to Bing’s importance in global search, those days are quickly passing. Bing is the second largest search engine currently, encompassing approximately 16% of the market share. Bing appears to be only growing from here, so any changes that occur within Bing are increasingly becoming more important in regards to an overall search engine optimization strategy. Those who continue to ignore Bing and only focus on giants like Google will most definitely find themselves disappointed in years to come.

Bing has been easy to ignore, but its changes in social results are increasingly making it the target of opportunity seekers who are already using Facebook and other social services to promote their products and causes. If you are already pinging sites like Google, then you should definitely add Bing to the list. While optimizing content for social search is still quite tricky, you can at least work on gaining as many followers and friends who are already interested in your social profiles’ content. As all-around emphasis on social media within search results grow, you will be glad that you got in early with Bing.

Tags:
Bingfacebook
« What to Write When You Don’t Know What to Write
Five Careless Mistakes That Could Completely Muck Up Your Marketing »
Share