Emojis: When and Where Should You Use Them? 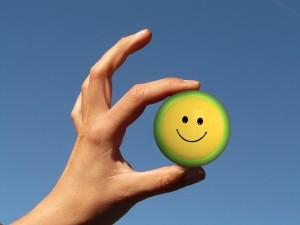 Emojis are really hitting the mainstream!  Even USA Today has used them in its headlines, so you know emojis have hit the big time.  But is that good news, or the beginning of the end for emojis? Well, to put it frankly, they’re here to stay.  So if you don’t consider yourself 100% emoji literate, here’s a quick primer on how to effectively use emojis to express yourself, when words just aren’t quite up to the job…

Make Them Easy to Understand (Know Your Audience!)

Does the person you’re communicating with know emoji?  If yes, go nuts!  Even do away with words entirely and communicate entirely with emojis.  You know you want to!

But if the person you’re in touch with might get progressively more confused with each subsequent emoji that comes their way, perhaps go easy on them at the start with the occasional one here and there.  And make sure they’re not too obscure!

Otherwise you could simply end up with a lot of replies of: ???

Or even worse, no reply at all.

And it’s strongly advised that you keep emoji for your friends and family.  Business contacts?  Probably not the right audience, and maybe stick with English for them.  So let’s expand on that…

As tempted as you are to communicate entirely in emoji, do remember that language is there for a reason!  Not every single thought, emotion, object and situation can be accurately communicated via emoji.

But perhaps you take that as a challenge?  Well feel free, but again, going back to the last point, conversations full of confusion are not what you’re looking for!

With over a million words in the English language, the number of emojis doesn’t come even vaguely close to that.  Even with emoji combinations, and the loose meaning of any number of them, see if you can express supercalifragilisticexpialidocious in emoji.  Even Mary Poppins isn’t up to that particular challenge.

Get the Order Right

But the power of emojis, just like letters, is in their ability to be combined to create meaning far beyond their individual selves.  The letter B means little to nothing by itself.  But by even just adding a letter or two, the meaning and value of the letter changes dramatically.

So combine emoji to get your point across, but also, get the order right so that you’re accurately expressing what you are trying to express.  If you’d like to put the idea across that you really don’t like bananas (for example’s sake), a gun next to a banana can put this idea across clearly, but only if the gun is pointing at the banana.  If you put the gun on the wrong side, it’s shooting into empty space, which will largely confuse the person you’re attempting to communicate with.

So consider this a crash course in emoji etiquette.  But like all things, it comes with practice and experience.  So start off with your emoji literate friends so you both know what you’re trying to say, and then perhaps start working on expressing yourself through the infinite variety of emoji, to the wider world at large.

Tags:
Emojis
« How to Improve Your Website’s Customer Experience
Apple May Release 3 New iPhones in 2016 »
Share