Mobile Ad Spending is Up – Here’s Why 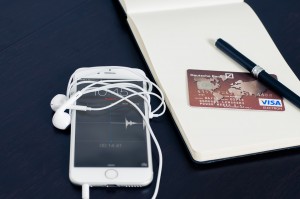 Digital marketing and advertising budgets these days are through the roof when compared to just a few years ago. Many advertisers in years past thought that mobile advertisement would be a gimmick – that it would never comprise a hefty majority of online digital marketing efforts. Yet, the day in which this is the case is quickly approaching. With the web’s most solid and established entities – Facebook and Google, just to name two – now reporting that a majority of their web traffic is coming through mobile devices, businesses and brands have been forced to adapt to a new marketing world in which mobile is king. Below, we’ll discuss why mobile ad spending is up and how this can benefit your brand beginning today.

Better Bang for Your Buck

In previous years, mobile ad spending really was a gimmick. The cost per click and engagement rates were so poor that individual ad campaigns often were valued at a fraction of what traditional ad campaigns were, making it impossible for businesses to justify hefty expenditures in these areas. However, the nature of the ad game has changed, thanks in large part to larger mobile devices and an increased prevalence of these units in daily life. Mobile advertisements have simply become better while being a better value at the same time, as the ability to specifically target a variety of audiences on mobile – rather than just targeting mobile users as a whole – becomes more prevalent. Pinging URLs via ads to mobile users who wish to find very specific solutions is now a reality, and that has made the value of the mobile ad explode.

More Opportunities for Ads via Multimedia

Mobile devices several years ago were not as adept at handling various forms of multimedia. Many devices could not stream music and video, and those that could were still limited by the bandwidth that cellular and mobile networks offered. In today’s age of blazingly-fast mobile speeds and plenty of processing power, most mobile devices allow users to ingest a large amount of multimedia. Mobile users have taken technology up on its proverbial offer, digesting more multimedia content than ever before. As a result, there are plenty more opportunities to show and play ads before a video, in between songs or before landing on a given page. Marketing campaigns have seen these opportunities expand, and are taking advantage of them accordingly.

Mobile ad deployment was very limited until recently, which made it an appealing concept mainly to large businesses with near universal prevalence. Pinging URLs in a localized fashion now is possible, thanks to a variety of investments and advancements in the technology. This means that even the smallest of businesses can target consumers in their communities with relevant ads that will boost business and engagement. As the cost per engagement of mobile ads continues to decrease, so has the use of mobile advertisements by businesses that don’t have multi-national presences. Whether you are in charge of a local brick and mortar business or a multi-national corporation, mobile advertising is now a viable strategy for everyone.

Tags:
advertisingmarketingMobile
« How to Deal with Facebook Business & Page Reviews
A Three-Minute Guide to Building Trust on the Web »
Share