Sick Of BitStrip? Use the Strip Designer App to Create Full Comics on Your iPad 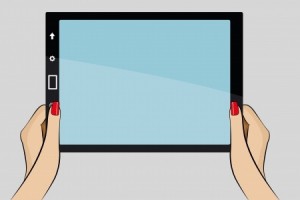 At first, BitStrip was a lot of fun. People enjoyed creating characters based on themselves and their friends and putting them into ‘hilarious’ situations representative of their lives. Unfortunately, the huge popularity of BitStrip has meant that now every time somebody you know eats some spaghetti or goes for a walk, you have to find out about it by looking at a cutesy image of it happening in cartoon form on Facebook. BitStrip therefore, has become annoying, and you probably are tired of it.

But what if you do really like making comics and have some good ideas that you would like to draw and share? If this is the case, the app you need is one called Strip Designer, and it is available from the App Store for $2.99 or the equivalent cost in your region.

Strip Designer has a simple interface that makes it easy to size and stylize the boxes your comic images will appear in, so you can make your comic strip look exactly how you want it to. It is also really helpful for placing text, one of the hardest parts of drawing comics by hand. It isn’t like BitStrip, you have to draw or find pictures to use in your comic yourself, so it is good to have a good drawing or photo editing package to use alongside Strip Designer. You can use photos, images from the web or your own drawings, as all of these can be imported into Strip Designer and manipulated to fit into your comic strip. It has some of its own drawing features too, but you are really better off doing the drawing work in another app or on your computer and then importing it into this package to create the final comic strip.

Is It Worth Buying?

Strip Designer, which was made by a development company called Vivid, is a reliable and well made app that won’t frustrate you and doesn’t seem to have any major bugs. It is fun and intuitive to use, and doesn’t take long to learn and master.  If comic strips are something you like drawing anyway, something you have always fancied having a go at, or simply something you’d like to do as a one off for a birthday card or something, the $2.99 price tag is good value for money and you should find it easy to get the results you want. If you start making comics regularly, your friends will almost certainly prefer seeing your Strip Designer efforts, which can tell whole stories and which aren’t limited by the scenarios BitStrip’s creators seem to find funny, to looking at BitStrip pictures.

So whether you are a wannabe cartoonist or simply want to make some funny comics for your friends to enjoy, Strip Designer is a cheap and fun app that will help you get started, and well worth downloading. One tip though – it is a good idea to use an iPad friendly stylus with this app, as you may want more control than you can get with your hands.

Tags:
BitStripStrip Designer App
« Reasons Why Google May Not Dominate Forever
Are In App Purchases The Best Way To Monetize Game Apps? »
Share

Enhance the Visual Presentation of Your Business with the Logo Maker & Graphics Creator App
Is The ArtStudio App Worth Buying?
You Can Easily Edit and Share Files On the Go with the Box App