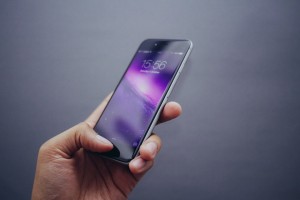 Interested in creating and sharing GIFs?  Well, you’re in luck!  There’s a stack of apps for iPhone users that help you do just that.  So let’s quickly run through a few of them, and then talk through how to start sharing your hilarious GIF creations with the world.

So, here’s the list, in no particular order.  But why not try them all out and see which ones you really like.  They have similar functionality, but are all unique in slightly different ways:

Rather than just reiterate the descriptions of these apps from the App and Play store, let’s instead move onto…

What Can You Use These Apps For?

Well a GIF, of course, is usually a snippet of a video as an animated image, but with no sound. Whereas Vines have audio, GIFs don’t.  On the other hand, Vines are only 6 seconds long, and GIFs can be a lot longer, if you choose.  But if they start getting too long, it defeats the point of having a GIF rather than a video in the first place.

So perhaps you have a personal video with some funny sequences – well, use one of the apps above to convert those sections into GIFs, and share them with your immediate friends and family, or even with the wider world. Although it was of course a Vine, think of the Duck Army video.  A video recorded on a phone, and then cut down into a hugely viral six second sequence.  Tens of millions of views later, it’s still going…

Or perhaps there’s a section of a film, or something off TV you think is just screaming out to be turned into a GIF.  Well, perhaps it already has and you may want to do a quick search to check.  Or maybe you really are the first to spot that specific sequence and have made the decision to give it the audience it deserves.  Well GIF it!  So to speak.

So if you do choose to share your GIFs beyond your immediate friends and family (assuming they haven’t passed it on anyway, even if you asked them not to!), where exactly should you put it?

Well a site like Reddit is a great start.  In fact, some of the most viral content to ever grace the internet started on Reddit.  There’s also dedicated GIF sites.  Some accept submissions while others not so much.

So start sharing your GIF, and perhaps quickly, or slowly, your GIF will start to catch on.  Or perhaps you’ll discover that you’re the only one that finds it amusing and no one else quite sees it the same way you do!

So sadly, viral infamy isn’t guaranteed.  But if you’re ready to privately, or publicly share that amazing GIF you just know your audience (or the wider world) will love, the apps listed allow you to easily capture any section of video quickly and easily.

Tags:
AppsGIFsiPhone
« The Definitive Guide to Clearing Space on Your iPhone
Why It’s Time to Leave Old School SEO Behind »
Share

Keep Track of Your Business Expenses with These Awesome Apps
Keep Your Business’s Data Secure Using These File Encryption Apps
Looking for a Better Mobile Office Suite? Give Kingsoft Office a Try