Reasons Why Google May Not Dominate Forever 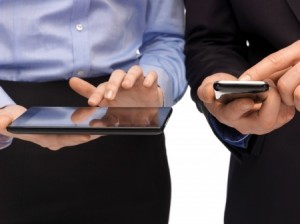 In the world of search, we have seen many alternatives come and go. In the early days of the internet, search engines such as Yahoo and Lycos were dominant forces. As times changed, browsers shifted and search habits evolved, however, new search engines rose to the surface. While Google has been around for well over a decade, it did not gain massive popularity until just a few years ago. The result was a quick growth in an industry that itself has seen quick growth. Many people take for granted Google’s prominence in search and other areas of internet marketing, but this may one day change. Below, we outline some reasons that the search engine giant may not be around for as long as you think.

Any business that is too heavily invested in a particular area can be subject to losses if the market changes. With millions of users pinging search engines with paid advertisements, it comes as no surprise that Google had made a fortune off of these services. The reality is that a vast amount of Google’s revenue is derived from advertising – roughly 85% of all revenue in 2013 thus far has originated from programs such as AdSense and Adwords. While the search engine giant has its fingers in many different pots of honey at the moment, only a few are lucrative enough to support its endeavours. If another search engine or major company develops a breakthrough in paid advertising, Google’s business model could quickly come to a halt.

As the nature of search continues to change, Google will face a plethora of problems that each require innovation to remain on top. One area is how mobile usage and search may impact its scope. Google recently merged its desktop and mobile advertising functions together, which led to them no longer offering separate options for each. This is important due to the fact that mobile advertising is more cost effective than desktop advertising. As advertisers seek to get the most bang for their buck, options such as these (or the lack thereof) may lead to some advertisers searching for alternatives to Google. It will certainly be a careful balancing act when it comes to any advertising changes over the next few years for Google.

After a certain period of time, any company is going to reach a plateau of sorts. When the entire world is pinging search engines, for instance, the growth in this industry will be limited only to population. Google’s growth was rather exponential, but its market share is massive at this point. As a result, there is not nearly as much room for it to expand nor nearly as much potential to keep investors and stockholders consistently appeased with current performance reports. Once Google’s growth begins to flat-line, the eroding confidence of some may lead to bigger problems and an ultimate downward trend for the company.

There are several long-term issues that Google faces. One is the lack of diversity in regards to the company’s revenue. Another issue pertains to a finite amount of growth that the company can realistically achieve after becoming so massive. Finally, changes in mobile browsing and search will require Google to remain on top of mobile advertising and search platforms in order to be relevant.