Are In App Purchases The Best Way To Monetize Game Apps? 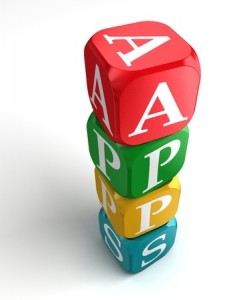 If you are thinking of developing a game for the App Store, then one of the decisions you will need to make fairly early in the design process is how you will make money out of it. You basically have two choices – either you give the game a price, or you make it free and include in app purchases. In app purchases can mean the player has to pay after a certain level to unlock the rest of the game, effectively allowing them to get a taste for the game and decide they like it before paying for it, or they can mean buying in game currency, power ups and other in game items.

Deciding which method to use will have a lot of impact on the way your game needs to be designed, so it is crucial to have a firm understanding of what the approach is going to be in the design phase. Here are some thoughts about the pros and cons of each monetization strategy:

Games You Have To Buy

The easiest approach by far is just to give your game a price. Doing this means you don’t have to worry about an in game economy, or having enough new items in the game’s inventory that people will buy, or about making the game satisfying for players who don’t want to make purchases. You can design the game exactly as you want because the only time your customer has to pay is when they first download it.

The downside of this is you will get a lot fewer people buying a game than playing a free game, unless you have a huge amount of buzz around your game or are somebody like EA. If you don’t plan to spend much on marketing, people may never even hear about your game because a lot of people only search for games that are free.

Paying to Unlock the Full Version

The approach of the user having to pay at a certain point in the game to get the full version is a good one for a lot of games, as it allows people to find and download your game as a free product. If they don’t want to spend any money, they can still play and enjoy a limited portion of the game, but if the game is addictive or interesting enough, you can hope they will spend a dollar or two to access other levels or modes. This approach is one that will have an effect on your game’s design, but not as much as having repeated in app purchases (though you can do both if the design of your game allows for it, though this, if done badly, can make the user feel a bit like you are ‘nickel and diming’ them).

In Game Currency and Power Ups

The approach of having an in game currency people can buy to use within your game, or power ups and ‘help’ they can invest in, is the most complicated to implement in your design. It is however, also the most potentially lucrative as you may get a small number of users (referred to in dev circles as ‘whales’), who will spend a lot of money on your game. This is the direction even big developers like EA are going in, offering free games like The Sims Freeplay and The Simpsons Tapped Out where you can play for free but if you want to be able to do most of the more fun things or not have to wait a long time for things to happen, you need to spend money.

Tags:
Game AppsMaking Money
« Sick Of BitStrip? Use the Strip Designer App to Create Full Comics on Your iPad
Why List Posts You Have To Click Through Are Bad Web Design »
Share