How Brands Can Drive Traffic and Boost Visibility via Twitter 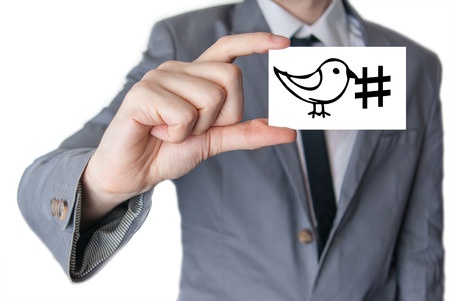 Social media is an unprecedented powerhouse of amplification in today’s world. Seemingly unknown or unimportant comments and content can suddenly be thrust into the national spotlight with just a few select actions taken by those with power or influence on the platform – or through even just a sheer stroke of luck. Yet social media does have standards and best practices to help augment the reach of anything published within its realm.

Twitter in particular offers plenty of opportunities for viral moments and influence when handled properly. Many brands – particularly businesses – do not give Twitter the same level of attention as alternatives such as Instagram and YouTube. Yet so much potential exists for brands that know how to use Twitter properly.

Let’s take a quick look at what you can do to boost visibility and drive traffic via Twitter.

Have an Active Schedule

In order to be visible on Twitter, you need to be consistently active. While every social media platform has a time-frame during which a particular post or form of content is likely to be visible, Twitter’s is incredibly short. The average tweet won’t remain visible to most of your audience for more than a half-hour – unless of course the tweet generates a large number of likes and retweets in a short period of time.

To ensure you’re pinging users of the platform as widely as possible, it is imperative to have an active schedule. Some brands schedule tweets in advance through social media management tools, while others have full-time social media managers who can regularly post new content. Whatever the route, just be sure to have a reliable and consistent posting schedule on Twitter.

Twitter is naturally designed to be a platform for interaction. While sharing photos and videos on some social media platforms is enough to generate buzz for brands, Twitter requires dialogue and communication to attract the masses. As such, brands should use every opportunity to encourage interaction with their content and with other users.

This can be as simple as asking for feedback or advice in some tweets, or engaging directly with other brands to create conversations. Ultimately, the more interactions that occur, the more visibility your brand can expect to enjoy on Twitter.

Most people don’t care for brands on social media that constantly promote themselves: it leaves little to be desired from an entertainment or informational standpoint. In order to drive traffic from your tweets to your website, consider how to reformulate tweets into more subtle alternatives. By linking individuals to customized content rather than a marketing pitch, you’ll find it easier to get people to visit your pages (where you can then make a more direct pitch without alienating audiences).

Ultimately, pinging users with helpful or enjoyable content that points back to your website will generate far more traffic than a constant barrage of direct marketing.

In the end, Twitter can be a highly influential platform for brands seeking to gain exposure and drive traffic. However, certain practices must be embraced to ensure optimal performance. Consider the above tips and adopt them as part of your broader Twitter strategy to enjoy better results!

Starting a New Website or Brand? Here Are Four Helpful Tricks for Launching Successfully
Ad Platforms Your Brand Should Give a Try Today
Want to Generate Leads? Insert These Strategies Into Your Campaign Today