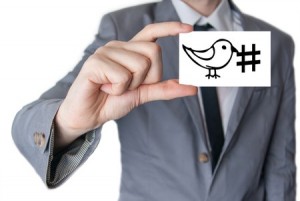 Twitter gave birth to the hashtag as we know it today, but it can still be an under – or overused tool in the Twitter handbook. It’s an important tool and when used properly, can really help to shape tweets, and more importantly to gain more attention when you are tweeting, These are just a few points to help you understand the hashtag more clearly and hopefully to help you to be able to utilise them in your Twitter campaigns to better effect.

A good example of how a hashtag can work is by following a sporting event on the television. It’s often the case that presenters will engage with the audience at home by asking people to come forward with questions or comments about the game, by using a specific hashtag within their tweet. It’ll likely be something like #AskMark. By doing so, the tweets will be directed straight to the presenter, or in most cases, the producer! This is a great way to help presenters on TV or radio improve their use of Twitter, but how do you do it as a business?

What Not To Do

A lot of people use hashtags out of context. Basically, adding a hashtag to a part of the conversation which has no relevance is a common problem which really just makes a mess and mockery out of the use of hashtags within the realms of Twitter. It distracts from the true understanding of the post. All you have to do if you use hashtags is to make sure that the words within your post that are tagged are the words that are dominant or relevant in the conversation.

How to Pick Relevant Words to Tag

If you are hoping your tweets are going to be read by your target audience, you have to be targeted in your hashtagging. For example, if the conversation you wish to be involved in is revolving around breast cancer awareness, the best thing to do is to use something like #breastcancer, which will radiate and reach those interested in breast cancer, as well as those who are in support of breast cancer awareness.

Use Humour For the Win!

People generally love humour on Twitter – it’s what makes the world go round, right? The tags that follow the tweet are often a great place for this. You can add two or three words which make a joke of our initial post. They almost act like the punch line. An example would be posting something about your child screaming down the house for the whole evening, and following up with a string of hashtags like #bleedingears #feelmypain #killmenow!

Hashtags can be great fun on Twitter is used in the right way. Try to introduce them to your tweets, and follow a trial and error pattern until you think you’ve got it just right! #goodluck #godbless #thatsallfolks!

Five Social Media Mistakes That Can Stop Your Content From Going Viral
What Trends Are Pressuring Changes in Marketing and Search?
Here’s Why Your AdWords Quality Score Matters