Ways to Effectively Advertise to a Twitter Mobile Audience 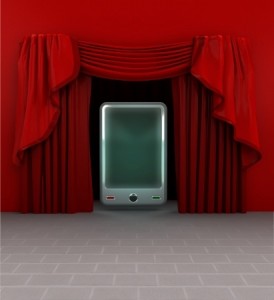 Just a few years ago, mobile advertising was a fantasy and something many people did not consider. The prevalence of smartphones in recent years has prompted advertisers and marketers to re-evaluate this perspective, though; in 2013, it is estimated that nearly one-quarter of all web traffic will occur via mobile browsers. Because of this, now has never been a better time to reach out to mobile users on Twitter and other social media platforms. Anyone who needs to gain recognition for their brand, website, products or services will be well-advised to follow the tips below on how to effectively reach Twitter mobile audiences.

Twitter allows advertisers to create custom campaigns that can reach specific audiences. You may already be using Twitter to market your brand, but have you engaged in mobile advertising to reach those mobile-only users? A surprising percentage of Twitter users never access the platform via desktops, so you may be missing out on key segments of your demographic if you fail to utilize mobile advertising. You can create campaigns for various mobile operating systems so that you are only pinging iPads and iPhones, or you can target all mobile users and subsequently narrow down your audience by interests.

Are you aware of the age range that is most likely to be interested in your product or service? If you are promoting a cause or brand, what particular interest groups are most likely to respond positively? This is research that must be done prior to any effective advertising campaign, but those who already have this information can effectively custom-tailor mobile advertising campaigns to reach specific age groups and interests. If you currently do not know your target audience, then you may wish to consider reviewing who you follow on Twitter; chances are that many of these people and companies will be indicative of your target audience.

One major consideration when utilizing mobile advertising is the times of the day in which your audience will be active. Many Twitter accounts tweet during select hours in order to reach their audience – mobile users, for instance, are nearly three times as likely to access Twitter in the late-morning than those who use traditional computers. Mobile Twitter users also are more likely to tweet after shopping, upon waking up or going to bed, so keep these tendencies in mind when tweeting and when creating advertising campaigns that target users at specific times.

In any form of advertising, media is vital in order to gain the attention of those who see it. Mere text just won’t cut it anymore. You can drive engagement via tweets if you include links to photos, video and other content that is relevant to your brand and also enjoyable by all (or at least your target audience). Mobile users are more likely to click on links, re-tweet and favourite other tweets while pinging on iPads and other mobile devices than traditional desktop Twitter users, but that only applies to your tweets if you give them something which is fun, enjoyable and merits being shared with other users.