What is Google Plus and how do I use it?

The Big G has finally unveiled its answer to social networking and it is hopeful that users will find it a viable rival for Facebook. 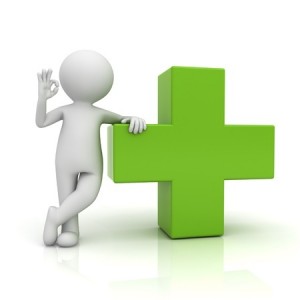 Google+ is a social network at heart but one into which Google has invested much time and effort. The Google navigation bar will offer Google+ features consisting of Circles, Hangouts, Home, Sparks, Profile and Photos. The Google+ Stream is a content sharing similar in nature to the Facebook News Feed.

“Circles” is Google+ method of a friends list. You can use it to select and deselect friends from different social circles that you define such as work, clubs and other groups. A neat feature is the HTML5 animations – when you move or delete a friend for example a puff of smoke appears!

“Hangouts” is one of the best new features. This is basically a group chat feature based on group socializing. As a user you click on “start a hangout” and you are then placed into a video chat room. A message is sent to all your defined friends in your social circles telling them that you are there and Google has found that people respond very positively to this and join quickly, hanging out with you. There is a maximum number of people allowed in a hangout although it is possible to queue and wait for a vacant position when someone leaves.

“Sparks” is a method of content discovery which allows user to recommend content. The content itself is grouped by interest topic and actually relies on information from a number of sources including what is being shared by clicking on the Google+1 button. The whole idea is to enable groups of people to share common interests

“Photos” is a neat area for viewing multimedia files and sharing them with friends. It allows not only sharing but also includes a photo editor and privacy options to restrict specific multimedia sharing to chosen circles only. It looks pretty easy and a definite march on Facebook who seem to have made the process of uploading media more difficult than it needs to be.

Google have clearly spent a lot of time and effort in developing Google+ and it’s a huge leap forward from its previous foray into social networking with the ill fated “Buzz”.

Does Search Position Affect My CTR?
How Google Shopping Ads Can Transform the Season for Online Retailers
Getting Started Today with Local SEO