Is Google Waving Goodbye to Google+? 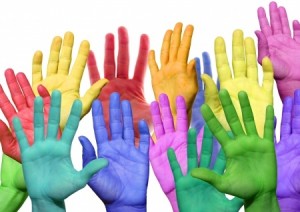 For several years, Google has attempted to inject life into its social media network, Google Plus. With arguably the largest user base for a variety of applications and services, it only made sense to Google that the adoption of its own social network would be – in the long-term – a successful endeavour. As the years have passed, hundreds of millions of people have signed up for Google+ accounts, but not because they were enamoured with the service. As Google continued to mandate its use for a variety of their other, more popular products, the graveyard slowly filled with millions and millions of zombie Google Plus accounts, giving the network bragging rights about how many people were connected to it.

Snatching Defeat from the Jaws of Victory

Practically everyone has seen the writing on the wall: Google+ is not a successful social media network. Any other network with nearly half a billion people would be brimming with activity as users actively were pinging links to content, messaging one another and developing new brands among audiences; Google Plus instead barely registers on most people’s radar as a primary social media network. Google has attempted to add new features and improve its overall functionality in order to promote usage, and with the level of integration it enjoys in other Google products, it is amazing that users have so actively resisted its adoption.

Google has now made several changes with regards to how Google Plus interacts (or doesn’t) with other products. It has been announced that Google will no longer require a Google+ account in order to access other tools it provides, such as YouTube. Google announced that “in hindsight, we needed to rethink” its integration of the product across all others. It further elaborated that it did not make sense to tie a social media profile account to the product over an email or base Google account, which has been the public justification for moving away from the status quo.

Is this an honest response – has Google merely seen the error of its ways – or has it finally accepted that Google Plus is never going to be an accepted social media platform on par with Facebook and Twitter? Google has for years pushed Google Plus as an important part of its overall offering, and the mandated use of it certainly did not seem like a hasty decision. Yet today, we are seeing the search engine giant reversing course, as if it has admitted that it can no longer consider the effort a valiant one.

It must be a bit embarrassing for Google leaders to admit such a concept – there has never been an existing brand in a better position to start a social media network from scratch and have it adopted by hundreds of millions of users in such a short time. As Google appears to be slowly posturing itself to move away from the biggest social media bust of all time, one must wonder whether the network will disappear entirely at some point, or whether it will merely fade into obscurity as people continue pinging links and content everywhere else.

Simple Tweaks to Improve Your Facebook Page’s Clout
Simple Tips to Augment Your Social Media Power
Why Is Facebook Enabling Autoplay with Sound Against Users’ Wishes?