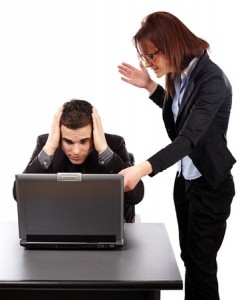 Marketing via social media has become all the rage as of late, offering virtually anyone the ability to micro-target and reach anyone else who is using the same platform – all while being incredibly affordable. Twitter has been shown to have the most effective marketing platform in terms of click through rate, so it is just common sense that more and more people are using it in order to reach their niche audiences. Still, mistakes can be made when utilizing a marketing campaign on Twitter; one wrong move and you can cause serious damage. The following will help you to avoid making the most common marketing mistakes when using the Twitter platform.

If you have not sat down and devised a precise marketing strategy with multiple ad variations, different target audiences and a clear, concise theme: stop! One of the biggest mistakes that Twitter marketers make is putting together an ad campaign on the fly, using the first decent imagery and text that comes to mind. These strategies need to be mulled over thoroughly by everyone involved with the project who handles aspects of marketing, followed by a small test batch of advertising that does not allow a potential negatively-perceived advertising campaign to go viral.

Marketing to A Large Audience

Before you start pinging the servers of Twitter with an array of new advertisements, you will want to make sure that you are effectively targeting who will be seeing these ads. Research shows that targeted advertising can have anywhere from three to five times the click through rate of a traditional, blanketed advertising campaign. By targeting your audience, you will be able to spend less money and get more for the investment. By doing the opposite, you will end up with empty pockets, ads being shown to people who are not interested and a very, very poor return on investment.

Failing to Use Social Media

Any advertising campaign via Twitter must have elements of social media incorporated into it. You will want to be sure to be active daily, so that you can respond to any comments or criticisms that arise as a result of your marketing. It is also a great idea to ensure that you are broadcasting the URLs of other social media hubs you control via Twitter so that if individuals find your Twitter feed, they have the opportunity to like or follow you elsewhere. By being connected as much as possible, your marketing strategy will come full circle and constantly be pinging the servers of not just Twitter, but also sending traffic to your other social networks as well. If it is disconnected and fragmented, then the ripple effects associated with marketing will not be there.

Not Advertising to Customers

After running a few successful advertising campaigns to a select audience, you may begin to think that the “gold mine” is tapped and that there is no more you can achieve by advertising to these individuals. Wrong! When you look at some of the biggest companies in the world, they consistently promote their product to people who are fully aware of and use their products quite often. By making consistent impressions upon a given group, you help to build brand loyalty. Doing so via Twitter with your advertising campaign is no different.