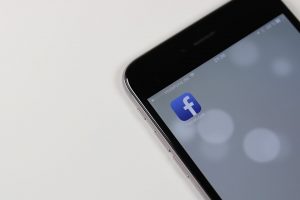 Reaching out to the wild blue yonder via paid marketing strategies can be a surefire way to grow your audience rapidly. Whether you’re using search engines, social media or an entirely different platform, deploying ad campaigns can rapidly expose your brand to relevant audiences. There is a lot to learn about marketing when you are new to the game – and much that you’ll need to learn that is brand-specific. A little bit of trial and error is not only inevitable but also needed. With that being said, some advertising mistakes are easily avoided and should be avoided at all costs. We’ll talk today about some of those massive mistakes you don’t want to make while advertising on Facebook.

Targeting Desktop or Mobile Only

Several years ago, it was easy enough to design a Facebook ad, quickly inspect it, and know that it’d be seen the same by everybody. In today’s age of desktop computers, smartphones, tablets and more, you no longer have that luxury. Each Facebook ad campaign should be inspected diligently to ensure that it displays properly across all devices. Fortunately, Facebook includes a preview option that allows you to do that. The fact is that the majority of Facebook’s users are pinging servers through mobile devices, but you definitely don’t want to leave out desktop users either. In short, be sure to optimize your campaign for both desktop and mobile use if you want to get the most bang for your buck.

How many people do you plan on targeting in your next ad campaign? If you don’t already have an answer to that question, then you’ll want to put off its deployment. Building audiences that are too broad or too narrow can wreak havoc on your ad’s efficiency, and can also be an ineffective waste of budget. When combining a lot of demographic information along with interests and behaviors, you may create an ad campaign that is too narrow in scope to be successful; you would need to create several comparable campaigns targeted at other niches to have a good effect. Likewise, a very broad campaign may result in wasted dollars because way too many people are being shown your ad who have no interest.

Facebook ads must be simple. Not only should the image be straightforward, but any copy should be simple and short. Remember that you are competing with other brands – as well as people’s Facebook friends – for attention in their feeds. As people scroll through in a rapid fashion, you want your ad to immediately catch their eye and be easily digestible. They shouldn’t have to click a link to see the full post or jump to another page to learn more: tell them what they need to know upfront, as the only clicking they should be doing is to sign up, buy or share.

Avoiding several amateur mistakes when advertising on Facebook can save you money, time and frustration. By targeting your audience in the right ways, keeping your ads simple and appealing to users of both desktop and mobile devices, you’ll ensure that your ads are pinging servers with optimal efficiency.