Three AdWords Tools That Will Revolutionize Your Campaigns 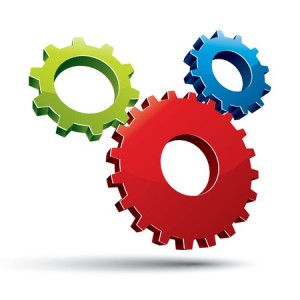 The world of PPC campaigns has never been more competitive, and it takes a keen eye to stay on top of the ad game. Between a growing number of websites in every niche competing for the same ad space and increasing prices for ads across the board, it is no wonder that ad marketers want to be sure to get the most out of every dollar of spending. Google AdWords is perhaps the most popular PPC platform out there, serving up countless millions of ads on a daily basis. If you are taking advantage of ad power through AdWords, then you want to be sure that you’re getting the most out of your campaigns. Below, we’ll discuss four AdWords tools that will help revolutionize your campaigns.

Below each ad in AdWords is the opportunity for something more. While many people stick to the default format, you’ve no doubt seen what appears to be clickable text below an ad that resembles the sitelink extension feature available in AdWords. These are callout extensions and can serve to provide additional information or encourage an action once someone has clicked on your ad. Some people combine this with sitelink extensions, while others simply use it as an independent call to action. Whatever the choice, it is foolish not to take advantage of this extra text capability in your ad campaigns.

If you operate a business, then being able to communicate with prospective customers can make all the difference between closing the deal and missing out on an opportunity. AdWords offers the ability to add call conversions, which displays a customised forwarding number after someone clicks on your website. Whenever someone calls this number, they are in effect pinging URLs that record their use of the number, allowing you to later assess this in metric form. While it’s a bit more complex to set this up in AdWords than most features offered by Google, it is definitely worth considering if you want to converse with your customers on a one-on-one basis (and have another set of stats to consider).

Your business or brand may not have yet considered an app, but apps are the future (and Google knows it). That’s why AdWords recently unveiled a feature that allows you to have your app featured in ad form in key searches. From the main SERP, users can simply click on an “App” button to download your app onto their mobile device. While pinging URLs to websites may still be an acceptable concept for many, getting ahead of the competition with your very own app (and corresponding ads in AdWords to support it) is a good idea in the here and now.

These three concepts are just a few of the many new features and concepts that Google AdWords has unveiled in the past year or so. Combined with the dozens of older and existing features that are available through the platform, there is simply no excuse to not be maximizing your ad campaign’s maximum potential. By using app promotion, call conversions and callout extensions in your ads, you can gain an upper-hand on the competition and appeal to searchers in new and exciting ways!