Does Google Plus Still Have Life In It? Three Reasons Why It Might 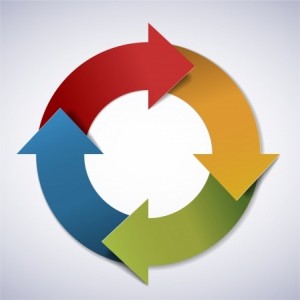 It seems that almost as soon as it debuted, Google Plus was deemed to be dead on arrival. While the network has hundreds of millions of “users”, many hardly ever utilize their accounts. When they do, it is often the result of Google in some way forcing them to do so. As Google has increasingly moved toward integration of all of its products, Google Plus remains one network in which the amount of nominal engagement is overshadowed by the amount of apathy toward its existence. As the nature of social media networks continue to change and adapt with time, however, one might wonder if Google Plus still has some life in it that might allow it to change in the future. We’ll explore three reasons why you probably don’t want to get rid of your Google Plus account just yet.

The Name Restrictions Are Gone

For several years, you could not use a Google Plus account without using your real name. While sites like Facebook follow a similar format, there are some pretty easy ways to get around it. Combined with the integration across other services like Gmail and YouTube, it proved impossible to use Google Plus without your real name with a Google account that you were already regularly using. Google has finally abandoned this requirement, which means that it is now easy to engage on the social media network with a certain sense of anonymity. For whatever reason out of many that some have for not wanting to be completely known online, Google has embraced this sentiment.

As mentioned prior, Google required virtually total product integration across all of its services when Google Plus first debuted. This was frustrating for many who did not want to “+1” everything they saw or who did not want to be constantly harassed to add people to their circles who were in their contacts list. Google has since adopted an approach of pinging servers in a much more reasonable fashion, and instead now offers helpful integrations that go well with the network. For instance, you can now instantly import any videos uploaded to Google Plus over to your YouTube account. Google also integrated the network with Chromecast to provide users with a way to display their Google Plus feeds on their TV and through a mobile app.

While Google Glass remains a rather expensive and niche proposition at the moment, its cost and acceptance will inevitably continue to decrease and increase, respectively. This equipment integrates heavily with Google Plus and surprisingly, does a very good job of making you want to use the social network. It’s a bit more difficult to use the device with other social media networks, but you still retain the ability to do so. As the device becomes more mainstream, so will the natural tendency of users to use Google Plus when pinging servers for and with information and multimedia. In fact, Google Glass may very well be the number one reason why Google Plus will have a chance to revive itself in the coming years.

Tags:
Googlegoogle plus
« Creep Up on the Competition and Bid on Their Keywords
Mastering the Process of Writing LinkedIn Articles – A Walkthrough »
Share