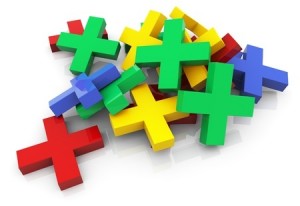 Google Plus has long been considered somewhat of a failure: aimed at eating into Facebook’s dominance of the social networking market, it has done little more than accumulate millions upon millions of inactive users who still rely upon networks like Twitter and Facebook to communicate with friends and family. Recently, however, many new updates and announcements were made for Google Plus that are drawing the attention of an increasing number of authors and content creators. For those seeking to augment their personal brand recognition and gain traction in search results, there may have never been a better time to begin utilizing Google Plus’ features.

A variety of analytics companies have each expressed various details on the future of Google Plus. One of the consistently-noted observations is that the social media network is now entering a new phase of use: for the past few years, Google Plus has very much been a networking tool used by bloggers, SEO enthusiasts and content creators to get the word out about their products and services while also meeting like-minded individuals. More and more “average users”, however, are beginning to use Google Plus and this is helping to make the network more appealing for pinging websites and select content.

As eluded to prior, Google Plus recently unveiled a variety of new functions that may ultimately prove to be helpful in boosting Author Rank and visibility among peers and potential readers alike. One of the most exciting features is the adoption of functional hashtags, making it possible for users to browse similar forms of content without digging through millions of status updates. Another great motivator for small businesses is the addition of offers, where local users will be able to network with and procure special discounts for products and services at these retailers. A newly-redesigned stream also helps authors and casual users alike find the most relevant content easily.

One of the biggest reasons why Google Plus is such a hot-bed for content creators seeking to expand their Author Ranks can be best described as the “sweet spot”. In the past, posting to Google Plus certainly did build Author Rank and help with visibility, but the social network itself was not very alluring in terms of distributing content within itself. Currently, the ease of achieving Author Rank balanced with the ability to connect with other Google Plus users is well-balanced. In the future, we imagine that gaining traction via Author Rank will become more difficult as more users migrate to the platform.

With Google Plus already well-known and established, more and more users are finally giving it a try. Content creation and notoriety via the platform have been occurring for quite some time, but many authors have been reluctant to use the service due to low levels of activity. As this pattern rectifies itself over the coming months and years, we expect a deluge of content creators who will be pinging websites and content consistently to Google Plus users. If you are looking for the next big thing, then consider distributing your content via Google Plus and see what you may stand to gain!

Tags:
Google
« How to Make Money with PostJoint – An Overview
Tips for Finding the Perfect Affiliates for Your Niche Blog or Website »
Share

Google Analytics 4: The Next Generation
How to Build Excellent Content Around Events
How to Boost the Chances of Receiving Reviews