Google Plus Refuses to Die – Here’s Why 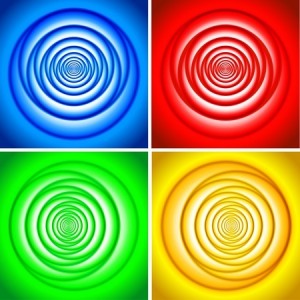 It wasn’t long after the debut of Google Plus occurred that many started to forecast its demise. Activity on the network was relatively minimal considering its parent company; sites such as Facebook and Twitter continued to dominate the market, and other networks (Pinterest, Instagram) continued to grow in various ways. Even the metrics that Google has often used to indicate it is not dead are the result of obligated shares or activity that occurs due to automatic integration of select actions that users take. Yet Google Plus continues to lurch about, holding on for its day in the sunlight. Google Plus may not be doing well, but it’s potential still exists in large quantities. Here’s why.

Each week it seems, we hear about a new startup or potentially successful idea being acquired by Google. Slowly but surely, several of these ideas have been integrated to rely upon Google Plus in some way or another. Take for instance Polar, a new polling company that uses mobile responses to assess people’s opinions. Google Surveys has been a growing way for businesses and even candidates to assess the public’s view of things – with integration of features like this within Google Plus, we could see social media being used in pinging networks for their thoughts on everything from lattes to political preferences. Since people love giving their opinions on anything and everything, this may prove to be the beginning of an enticing way to bring people back and activate existing accounts.

Did everybody forget about the future? Google certainly hasn’t, with its development of Google Glass and its planned market saturation in the coming year or two. Those who have used Google Glass already will tell you that its integration with Google Plus is intense, making it nearly impossible not to share or engage with others without being prodded to use the social media network. As millions of Google Glass users come online in the coming months, we’ll expect to see more usage of the network simply because it will be easier to share through it than through Facebook or Twitter. This means that those using Google Glass will likely comprise the first wave of a demographic that could reignite Google Plus’ potential.

What’s in a Name?

Despite how Google have recently begun requiring individuals to use their real names on email accounts and on YouTube, the network has moved in the opposite direction for Google Plus. In its infancy, Google was quite strict on the names one could use when signing up for an account, but those restrictions seem to have faded as of late. Google suffered when they made these initial moves against YouTube accounts, and the backlash seems to have had some effect (people don’t want to be pinging networks with their real information in many cases). Google may also have noticed an opportunity to appeal to angered individuals while injecting new potential growth into their mostly-failed social network.

What do you think the future of Google Plus will look like? Let us know in the comments below, and give us ideas of any examples we may have missed.