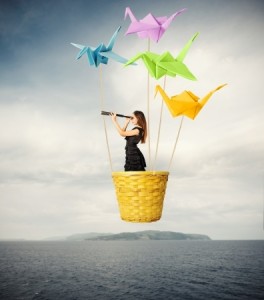 Over the past fifteen years, the once humble start-up known as Google has morphed into perhaps the biggest internet company in the world. Once offering simple search potential to users, Google now has its arms in shopping, social media, news, travel and a variety of other areas of interest. It seems like we hear about Google beginning a new adventure every month at this point; some do spectacularly well, while others slowly fade out of existence. With the enormous platform that Google currently possesses, it has the potential to reach out into virtually any new industry or endeavor that it wants. What are some of the more realistic ventures that Google may consider in the near future? We will discuss some of these possibilities below.

An Alternative to Amazon

While Google has been pinging websites‘ offerings of products via Google Shopping for many years now, it has not yet moved into the world of offering e-commerce directly. With access to a variety of different tech platforms and distribution methods, Google could very quickly move into the world of online commerce and compete with sites such as Amazon for global domination. Perhaps the biggest reason why Google has not yet taken such a move is due to Amazon’s strategy of domination: in many cases, Amazon operates at a loss as it slowly absorbs or destroys its competitors. There are very few entities who could afford to wage a battle of attrition like this in the online marketplace, but Google is one of them.

Another area where Google could ultimately decide to make a big flash is in the world of online dating. Google collects loads of information from users that help it determine which ads are most relevant to them and how to improve their services, so it only makes sense that this type of information could one day be used to determine who is an ideal match for you. Depending on the mission, Google would most likely be able to easily incorporate such a theme into its existing Google Plus social network to allow for even more flexibility. The future of dating may very well be a Google affair.

While Google offers cloud storage and other options that allow for multimedia to be shared, it does not have a platform just yet that allows users to share multimedia with one another in a dynamic fashion. We have seen the rise of sites such as Vine and Snapchat recently, both of which have experienced phenomenal growth. As these enterprises continue to gain steam and become more popular, Google may even seek to direct some of its attention away from Google Plus and toward a multimedia sharing social network as an alternative.

Over the next few years, there is no doubt that Google will debut plenty of new services and features. While we may not yet know what those services will be, we can look at Google’s past – which evolved from the simple act of pinging websites – in order to determine where their existing services and strengths may be utilized in the future.

Tags:
Google
« Simple Ways to Build SEO Credibility Without That Tedious Feeling
A New Year and a New Strategy for Link Building »
Share

Implement These Tips Quickly to Survive Google’s Mobile Update
When Embracing Bing Over Google Is a Good Idea
What Are the Target Metrics for Highly Visible GMB Profiles?