How Employers Use Social Media for Job Recruiting 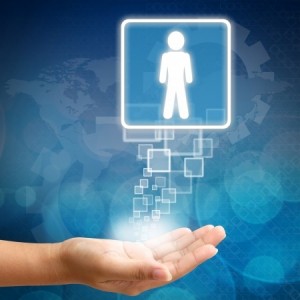 With the internet being such a treasure trove of information and social networking, it comes as no surprise that an increasing number of employers are scouring the web in pursuit of qualified applicants for an array of occupations. Until recently, gaining employment via the internet seemed like a fantasy, but businesses large and small are realizing the reduced overhead costs and added convenience that comes with being proactive in regards to internet job recruitment. Social media networks are a huge part of this trend, and the following information clearly outlines why they are flocking to such hubs.

A dramatic uptick in the usage of social media to locate and recruit qualified applicants has been occurring for the past several years. In 2008, only around 70% of surveyed companies reported using social media to find prospective employees. By 2010, that number had increased to 82%, and as of 2012, over 90% of employers had used at least one form of social media to attempt to recruit job seekers. This trend clearly correlates with more and more individuals using social media in their day to day lives, and employers’ desires to find out more about their potential hires before making a decision (for which social media is very good).

Where Are They Looking?

While employers may be pinging networks to find the very best personnel, not all social media hubs are created equal. Twitter, for instance, saw the least engagement by employers for job recruitment: just over half of employers reporting using it to locate job seekers. Meanwhile, two thirds of employers reported using Facebook in 2012 for the same purpose. The winner in this category? Obviously LinkedIn, which is designed to be social hub for this very purpose. In the same year, LinkedIn was used by over 90% of employers to find and recruit qualified employees.

There are certain areas in which using social media to locate employees is much more efficient than the old fashioned approach. Half of those companies who used social media reported that the quality of candidate selection increased via social media, with just 1 in 30 companies saying they saw a decrease in candidate quality. The time to hire was also reportedly decreased for 1 in 5 companies, while nearly 40% reported that the time to hire remained the same. Communicating through instant messaging and other laissez-faire methods may take more time to garner responses, but those responses can also be fielded at any time of the day (unlike traditional phone or sit-down interviews).

Companies that use social media to find job applicants are doing so for a number of reasons. For starters, it gives them a bigger pool from which to select. They can then narrow down applicants and approach the ones they feel are best suited for the job. It is from here that companies can privately inspect the contents of candidates’ social media profiles to gain further insight into the characteristics of the potential employee. By pinging networks like Facebook, Twitter and LinkedIn, much more relevant information can be gained than through a simple interview.

Tags:
Job Recruitingsocial media
« Should You Write Your Own Web Copy?
82% of Facebook Users Are Active – How Can You Take Advantage of This? »
Share