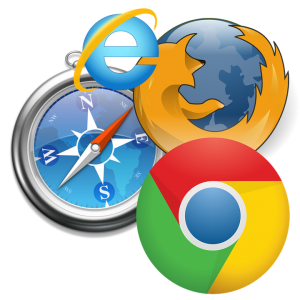 Web browsers can completely change your search experience. And even though people tend to stick with their favourite web browser and rarely consider change, the web browsing landscape is ever changing and new players often pop up, only to quickly disappear afterwards. However, there are a few web browsers that stand from the rest and deserve to be mentioned. In this article, we’re going to look at some of the most popular web browsers and their specificities.

What started as a simple experiment in open source software quickly became one of the most popular web browsers in the world. Firefox quickly gained a cult like following quickly after its inception because of its many features and flexibility that greatly differentiated it from competitors such as Internet Explorer. The browser is fast, has tons of great extensions and allows the user to modify the interface almost at will. However, it was eclipsed by Chrome which seemed to get a lot of inspiration from Firefox, but managed to provide a more powerful solution.

Opera is a nice alternative to Chrome that is gaining a lot of traction at the moment. On the surface, both platforms seem to share some DNA, however, all comparisons stop once you get beneath the surface. What separates Opera from Chrome is the fact that while Chrome allows users to modify it through extensions, most of Opera’s features are fixed. This can be both a pro and a con. For example, you can store pages for later reading without having to install the Evernote extension. It can also display all frequently visited pages in a neat speed dial menu while Chrome only allows you to do this on a blank new tab.

Microsoft is slowly trying to get back into the web browser field with Microsoft Edge, however, they seem to be having trouble gaining traction for it. Edge is in many ways a stripped down version of Internet Explorer 11, and features fewer icons, smaller borders and a single search bar that spans across the width of the page. One of the problems with Edge is that it is very rigid and offers very little when it comes to extensions, which can be a huge mistake in this present era. However, on the upside, it is very fast and the company has considered entering into 3rd party collaborations with Android in the future for further integration.

The world of web browsers is more diverse than ever, but a few class favourites still remain on top. It still remains to be seen if Edge and Opera will be able to make their presence felt and gain a significant portion of market shares.

Tags:
FirefoxGoogle ChromeMicrosoft EdgeWeb Browsers
« 5 Types of Businesses That Can Reap the Most from Local SEO
How to Write PPC Ads in 2017 »
Share

How to Find Your Perfect Aged Domain
Did You Know That Less Than 50% of Independent Restaurants Have Their Own Website?
Building the Best Content Team Possible is Easier Than You Think