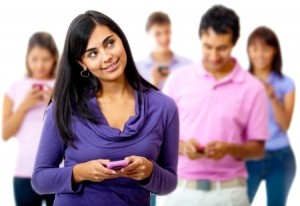 With so many social networks out there, people are increasingly finding themselves having to choose between which networks they will use and which ones do not meet their criteria. There are only so many hours in the day, and so the stronger networks are naturally finding themselves solidifying their “market shares”. Pinterest in one of the best examples of a recent social network that has broken through the static to become a top tier contender, thanks in part to its versatile platform and creative functions. To learn just how this network is becoming a serious alternative to Facebook and Twitter, take a look at the following observations.

The main premise around Instagram is to share your experiences with the rest of the world. Unlike most social networks, Instagram encourages that visual content – in the form of photos and graphics – be the primary driver of this sharing. With other social networks focusing more on text and messaging rather than aesthetics, Instagram has found a niche in which it can succeed. Considering that Instagram has a variety of ways in which to customize and share photos – including through other social networks – it makes sense that its growth occurred so rapidly.

Depending on the social network, your mobile experience may or may not be a pleasant one. Some social networks are too complex to be adequately enjoyed via a mobile app, but Instagram was designed with mobile in mind from the very beginning. When pinging on iPhones or other mobile devices, Instagram feels virtually the same as it would on a desktop client, making it ideal for on the go sharing – something which Instagram excels at, by the way. With nearly 25% of web traffic in 2013 coming from mobile devices, this is yet another way Instagram is succeeding in its own niche.

Much like Twitter, Instagram users often send out messages with hash tags in order to show where they’ve been and what it is they are doing. For example, someone who just ate at a popular restaurant may post a pic on Instagram of their meal and any thoughts they might have had about it – something more and more businesses are encouraging. This action facilitates communication between companies and consumers on matters of customer service and allows companies to keep a better watch on their brand. As such, more and more consumers who wish to directly interact with businesses they frequent are turning to the social giant.

Whether you are pinging on iPhones, tablets or Android devices, there is an extensive catalogue of third-party apps that are designed to work with Instagram and offer features not included by the social network’s official app. Apps like InstaRepost allow users to share attributable content on their profile, which encourages viral effects. It also helps build rapport between brands and sceptical users of the network who might trust a product promotion from the brand less than they would from a fellow friend. This is just one of many examples of apps that make Instagram a full-fledged social experience.

Are You Missing Out On Mobile META Tags?
Website Time Management and Increasing Productivity
Five Ways to Freshen up Your Blog