The Top 4 World Markets for Marketers to Target 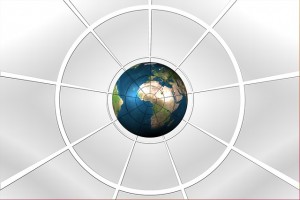 As the ever-widening world of technology makes it possible for everyone to interact with others from all across the world, brands and businesses are faced with a simple yet important challenge: how can we effectively engage with developed and existing markets while tapping into new opportunities? As much of the world continues to come online, there are many different possibilities for brands and businesses that wish to find new audiences who may be interested in what they have to offer. With that being said, which global markets are among the strongest in terms of existing internet users, population and medium-term growth? We’ll lay out the top 4 below for you to consider.

By far the biggest market in the world in terms of sheer numbers, China is poised to become the biggest at virtually everything in the coming century. With a very young average internet audience – 25 years old – many brands seeking to build a global name for themselves in youth markets put China at the top of their marketing lists. The fastest growing activity online for the Chinese is online shopping, which generated over $500 billion in e-commerce spending last year. Whether you’re pinging URLs to products via Baidu or another Chinese provider, the sheer amount of growth in smartphone and tablet spending per year (currently nearly 70% of all devices) makes this market the biggest new target for brands and businesses.

Number two on our list is a familiar market for sure. The United States currently enjoys approximately two-thirds of the e-commerce spending as China, but in a nation with only ¼ the number of people. Technology adoption rates are stable by developed world standards, and expanding (roughly 30% of all tech purchases are smartphones and tablets). Unfortunately for small businesses, many are not currently competing online in this marketplace yet – roughly 1 in 4 small businesses do. People in the US are still more likely to purchase products via desktop devices than via mobile.

Generating a large amount of e-commerce activity as well (roughly $90 billion per year), the UK is a strong third behind the United States. Marketing statistics show that UK shoppers tend to do their purchasing in the evening hours more so than other countries. Smartphone growth ranks around the same 30% of all tech purchases, and roughly 30% of all retail commerce now occurs via the internet. Many brands and businesses who rely upon pinging URLs to consumers and that wish to find a large and developed audience who responds well to mobile commerce should certainly explore this market.

With the most established base of internet shoppers as a percentage of the country’s population, Japan is a prime target for businesses wishing to expand their sales online. Roughly 97% of all internet users purchase items online, making it easy to tap into large and established markets here. PCs and smartphones are dominant here, comprising roughly 90% of all tech devices sold. Email marketing still remains very valuable in Japan, as this is the reported favourite activity for Japanese mobile internet users.

Tags:
marketingWorld Markets
« How Big Laughs Can Be Big for Content Marketing
Why Targeting SEO in Multiple Languages is Beneficial »
Share