Important Findings in the World of Paid Search 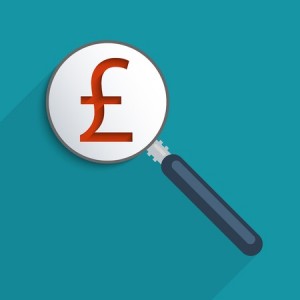 With the first half of 2014 now over, a new set of metrics and data involving the world of paid search is finally available. Marketers and industry analysts alike love to pour over these indicators, mainly as a way to determine whether the industry as a whole is growing or shrinking, as well as to determine what trends may be in store for the future. Whether you are an expert marketer who manages dozens of different accounts or simply a part-time blogger who wants to see a better return on investment, you owe it to yourself to be in the loop when it comes to these changes. We’ll discuss some of the main findings that have been unearthed from the last three months of data.

For the past several years, the amount of people pinging search engines for marketing purposes has increased – this quarter is no exception. Compared to one year ago, the amount of spending combined in North America and Europe is up roughly 25 percent; this means that competition for paid search continues to increase. This increase may be in part due to more people using paid search as a way to gain exposure, while the remainder is probably driven by the cost per click increasing due to the aforementioned competition. One interesting note is that while the spending in paid search has increased by roughly one-quarter, revenue from such endeavors across the industry has increased by nearly 50 percent. In other words, the increased spending seems to be justified as a whole by even greater increases in profit.

While overall revenues and spending on paid search has increased, does this translate into higher click through rates when compared to one year ago? In North America, the number of clicks was up across the board, with the strongest increase in CTRs being in the United States; Google was up by nearly 40 percent, while Bing’s was up 20 percent (this may have something to do with CTRs in general being higher on Bing). Throughout the rest of the continent, the number of clicks held virtually even when compared to one year ago. Throughout European countries such as Germany, however, the number of clicks actually saw a small decline when compared to one year ago. Industry analysts suggest that the increase and decrease in clicks across various markets are indicative of weakening or strengthening economies, so please take note.

In the United States, CPC varied by provider. Google’s CPC declined by nearly 20 percent, while Bing’s increased by over one-quarter (this may explain Bing’s smaller increase in clicks compared to one year ago). Throughout the rest of North America and Europe, the cost per click while pinging search engines took the opposite direction, showing increases varying from five percent to twenty percent. This may be in part due to lower increases or decreases in the amount of clicks and/or spending in these markets; search engines could be tweaking their algorithms to increase the cost per click to make up for smaller or negative growth.

Tags:
Paid Searchsearch
« These Considerations Are Important in Naming Your Brand
Simple Solutions for Selling Your SEO Solution »
Share