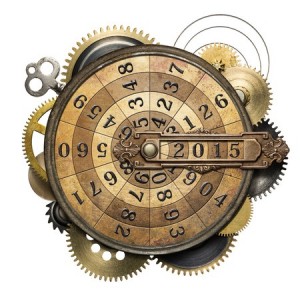 As the internet and computing at-large continue to change at neck-breaking speeds, it can be hard to keep up on all of the latest trends and figures surrounding it. Technology in general takes on an exponential trend in terms of how it evolves; it was much easier to keep up with changing times a decade ago than it is today. Nevertheless, it is still just as important to be on top of current events in the world of mobile devices and the internet at-large, especially if this is through where you derive an income. In the following article, we’ll discuss what current mobile and web usage stats look like today, helping you to plan content and marketing strategies accordingly.

Just exactly what makes up the market of devices in 2015? As it turns out, the market and consumer habits of shoppers has changed dramatically in just the past few years. The two most popular devices flying off of the shelves today are tablets (30%) and laptops (29%). Alone, they comprise roughly three-fifths of all gadgets being sold throughout the world that are also connecting to the internet. In third place is the smartphone, which makes up 22% of all internet-connected devices. The desktop – once the king of the web – has fallen to fourth place, comprising just 17% of all internet-used devices being sold today. As marketers continue pinging to Google and other platforms various forms of content, knowing this information is crucial.

The Number of Internet Users

At the turn of the century, less than 10% of the world had an internet-connected device in their possession. Fast forward fifteen years, and the changes to how people absorb information couldn’t be greater. Roughly 40% of all people in the world now have access to an internet-connected device, with smartphones, tables and laptops leading the way. In nominal terms, the number of internet users has increased from 400 million in 2000 to 2.9 billion in 2015. Currently, there are nearly as many people gaining access to an internet-connected device each year now as had internet in 2000. As new and emerging markets continue to come online, marketers, content creators and brands must adapt to earn their trust and gain their business.

Which parts of the world have reached relative peak saturation with mobile devices and web usage, and which ones are still coming online? The two most developed should be no surprise: North America and Europe (81% and 78%, respectively) have little room left in which to grow. Perhaps the most surprising is the region with the least web connectivity at the moment – South Asia (India, Sri Lanka). It is less developed in this regard than Africa (18%), Southeast Asia (25%) and Central Asia (29%). East Asia (including Japan, China, the Koreas, etc.) stands at 48%, but this is where the bulk of future growth lies: as China continues to put mobile, web-connected devices into the hands of hundreds of millions, expect plenty of phones pinging to Google for more information about… well, everything.

Tags:
MobileStatisticsStatsWeb
« Simple Ways on How to Boost Sales Online Today
Automate Your Content Marketing with These Tantalizing Tools »
Share