What You Need to Know About Advertising in China 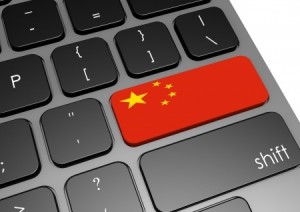 Most SEO and content professionals understand marketing in one aspect or another. While there are several different ways to reach an audience and each one presents unique challenges and benefits, the overall act of appealing to and redirecting users to your website is fundamental. In international markets, however, you may be presented with some cultural, functional and legal differences that make the act of reaching said audiences more difficult – at least initially. Once you have worked through all of the kinks, however, it becomes much easier to do business in other markets. China is the third largest advertising market in the world, making it a prime target for many brands and businesses. We’ll chat about some of the things you need to know before wading into this market.

There are Tons of Users

While niche markets in the United States and other English-speaking countries have become increasingly competitive in recent years, the Chinese markets are so saturated with users that technology and development have yet to catch up and create similar conditions. If you are pinging URLs in a US market, for instance, the chances of making it to the front page are much slimmer – assuming you use relevant content in a Chinese market, of course. With more than five hundred million Chinese users currently online, this market is simply too tempting for many to ignore. Many marketers are targeting mobile devices, due to the fact that more than two-thirds of the Chinese market is “online” via these devices.

As vast as the current digital market in China truly is, it has plenty of room for future growth. The size of its digital market is expected to pass the size of conventional television markets in the country sometime next year, making it just one of a handful of countries in the world where this is the case. Social media ad spending in the country is growing at a phenomenal rate of seventy percent per year, making it another rich target for the hundreds of millions of users on their tablets and other mobile devices.

Search Markets are Even Bigger

For those who use paid search advertising in English markets, the Chinese market offers even more potential. Not only are Chinese search engines more favorable to advertisements in general in terms of placement, but they also have more users than any other market in the world (except the United States). Currently, more than $10 billion per year is being invested into pinging URLs directly to search users in China, making it a rapidly growing sector in and of itself. As the years progress, those who got in early will have been able to build brand recognition and lock down customer bases, while those who did not may regret not putting more focus into paid Chinese search.

As this particularly vivacious market continues to grow, those who want to grow their business into new markets and countries would be well-advised to begin the transition. A combination of quality, native content and relevant products are needed to succeed, but the market’s overall growth and potential make it worth the effort.

Which Marketing Methods Are Worth It for Small Businesses?
The Three Fundamental Concepts of SEO
Smart Ways to Boost Video Digital Marketing Potential