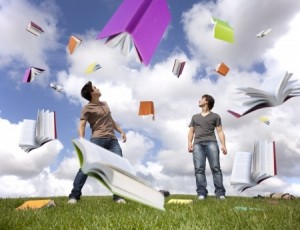 With a huge base of users and a virtual dominance on social networking, Facebook has become the status quo of online communication. As a result, however, Facebook faces the majority of scrutiny pertaining to social networks and the decisions that they make to further integrate and connect their users. Google, on the other hand, has seen limited success with its own social networking platform, Google+. Nevertheless, it is poised to become a massive player in the social networking field in the coming years. There are many reasons Facebook should be worried about a future market takeover from Google, which could have implications on how you connect with your friends and family.

Over its first three years, Facebook went from a startup to a massive network hosting over 50 million users. Google+, on the other hand, managed to meet that same criteria in just three months. While the growth in Google+ slowed initially and experienced a lack of active users, that trend seems to be in reverse as Google+ continues to grow, currently providing social networking services to over 250 million users as of early 2012. By the beginning of 2013, Google+ could have up to 400 million users, putting it at the halfway point to overtaking Facebook. Inversely, Facebook has recently experienced a lag in its growth and an increase in the number of inactive accounts.

While hundreds of millions more people use Facebook when compared to Google+, the users connected to these platforms have a different story to tell. In 2012, a customer satisfaction survey showed that 78 percent of Google+ users are satisfied with the platform and their experience, while only 61 percent of Facebook users feel the same way. Many correlate this satisfaction with Google+’s streamlined design, which makes posting and keeping tabs on your friends easier (Tip: to post URLs in your status updates without having the full, ugly link showing, use Pingler’s URL Shortener to shrink it down to just a few characters). The end result is that a happy customer makes a dedicated customer, and there’s certainly room for Google+ to “steal” users from Facebook.

While Facebook has sought to integrate its platform in websites and has attempted to refine everything into one format on the site, Google+ has a unique advantage in being integrated into all existing Google products. Google as a whole has a much larger user base than Facebook, with an estimated 1.5 billion individual people enrolled in some or all of Google’s services. Combining this with the fact that only 20 percent of Facebook users are active in any given month – compared to 20 percent of Google+ users who are active every day – Facebook has some serious challenges facing it in the coming years. It also doesn’t help that Google now owns Blogger, the second largest social networking medium, and has integrated Google+ into its platform, providing direct access to over 50 million additional unique monthly visitors. When you combine current Google and Blogger numbers, you have an expanded social networking system that reaches nearly as many active users as Facebook currently does.

Tags:
facebookGooglesocial media
« Buy Twitter Followers? You’re Not Buying Anyone Who Cares
How to Monetize Your Blog Without Selling Your Soul »
Share