Worried About Scraper Sites? Learn What Google Is Doing Now 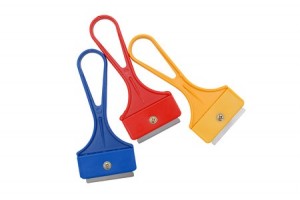 Building a successful website or blog is not an easy task. For starters, you have to create tons of valuable content that search engines will love. Then, it becomes an issue of ensuring that search engines are able to find this content and index it properly. Because of this, the world of SEO is in constant flux, with entities like Google trying to keep the playing field level for legitimate webmasters and bloggers who provide quality content to their users. Unfortunately,  scraper websites have become increasingly common and seek to snatch up your content before it can be properly indexed by you. Google has announced some new actions that it will be taking to combat this act. What will be done? You can find out more about scraper sites and how they’re being stopped in this article.

Scraper sites – simply put – are websites that copy content that other sites have created. In nearly all cases, the content is collected from the original website and is posted to the scraper site shortly after its posting. We have heard that pinging to Google before others will ensure that the content is considered ours and not someone who later copies it, but this is not always true. Scraper websites can thrive by being generally ranked higher than the websites from which they steal content. This means that a higher-ranked website can snatch up content from a less popular site and receive real credit for it, even if the less popular site published it first.

What Is Google Doing?

For the longest time, Google had in place a series of algorithms that sought to catch these scraper sites and penalize them into oblivion. Unfortunately, the notion of a scraper site was originally considered to be a website that was newly-formed; because of this, the lesser-ranked website in any situation was identified as the one scraping content. As more and more tech-savvy individuals learned how to use high PR domains and established websites to perform these tricks, the algorithms became outdated and useless.

Google has recently unveiled a new tool that functions similarly to the Disavow feature, which allows site owners to report content that has been scraped. Users will be able to enter in the URL of the scraper site and the URL of the content in question. While this can be very helpful for those who have had their content stolen, the scraper tool will not be useful for those who were pinging spam and have since been penalized for it.

While some algorithm changes have occurred, the major development that will help combat scraper sites is Google’s new reporting tool. If you believe that your content has been hijacked and wish to take matters into your own hands, then you now have a direct way to do so. As this tactic becomes more common in the world of content creation and SEO, Google intends to take serious steps to stop it dead in its track. As with all manipulations of search engines, however, it will take some time for the majority of it to be stopped.

Tags:
GoogleScraper SitesScraping
« How to Use Facebook to Market Yourself Organically
The Main Elements of Keyword Ranking »
Share