Here’s Why You Should Start Using Tumblr Right Now 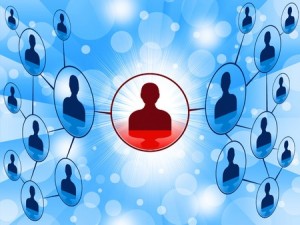 Tumblr has long been a popular network for those who like to share various forms of multimedia – videos, pictures and particularly GIFs – but many brands resist the temptation to venture onto the network. Tumblr comprises a coveted demographic – teenagers and young adults – but the lack of regulation on the network and the tendency for rather inappropriate content to float about all give it the vibe of an immature social network that isn’t for business and marketing. This couldn’t be further from the truth. If you use a variety of forms of content to market to various audiences, then you need to get on Tumblr right now. Below, we’ll explain why this is true.

While Tumblr already has quite the fanbase, its fortunes continue to rise year after year. In just a little over a year, Tumblr has managed to grow another 40 percent. Who all is on Tumblr? In total, Tumblr reports that it has more than 400 million users, and 200 million active blog accounts enabled that are pinging users with posts and multimedia. The average visit to Tumblr results in a nearly 30-minute stay, which is great for those who want to capture the attention spans of social media users (on sites like Facebook and Twitter, this is much more difficult). With more users than people in the entire United States, setting yourself up on Tumblr makes ample sense.

Tumblr has always supported videos in its interface, and a huge part of the traffic to the site will no doubt stumble across a video or two during each visit. Until recently, you could not pop-out videos to view them independently from the page they were on. You can now pop these videos out and watch them while you do other things on Tumblr; they remain on the same page but embedded off to the site, where they can be moved around based on other content that the user is reading or viewing. This is a marketer’s dream: being able to allow users to watch their videos while they continue to browse elsewhere. The Tumblr audience has just been given in effect two screens when using the network and watching videos.

Tumblr is well-organized and caters to many niche communities around the web. If you have ever used PPC campaigns or keywords to hyper-target audiences, then you understand the power of niche audiences. Pinging users with relevant content by attaching tags is something that Tumblr allows people to do, and any brand can quickly gain prominence in a given audience by doing just that. While Tumblr content often has to be innovative or unorthodox to truly gain traction, you have plenty of time and leeway to experiment with this concept. As stated before, people who use Tumblr tend to gravitate toward GIFs, memes, videos and other “flashy” forms of multimedia, so don’t be afraid to give these content types some attention when pursuing a Tumblr strategy!

Tags:
marketingsocial mediaTumblr
« Ways to Use Pinterest to Rank High in the Search Engines
Avoid These Mistakes That Send You Garbage Traffic via PPC »
Share