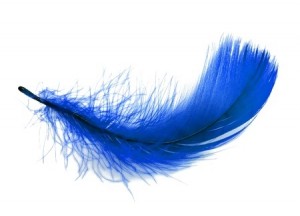 Seemingly since its inception, the debate over whether Twitter will remain a viable form of social networking has been raging. In many cases, the comparison of Twitter to other sites like Facebook – which operate under different guidelines – is simply unfair and doesn’t accurately give credit to the strong points of the site. Nevertheless, the network also suffers in areas that can be compared; just recently, Facebook announced stellar growth (although down from past numbers) in its advertising and mobile advertising departments, while Twitter barely grew at all. Let’s explore the facts and see where the future of Twitter stands for those who use it.

Strong Connections Between Users and Companies

One of the biggest advantages Twitter currently has going for it is companies’ use of the platform to get their word out to consumers. A study from Edison Research shows that over half of all active Twitter users are following companies and product pages via the social networking giant, which is a higher percentage than on any other social network. Because of the higher percentage of brand-engaged users, marketing plans almost always include a Twitter campaign. Many companies offer unique discounts and sales by following their Twitter account, which many times over leads to growth for the platform as a whole.

Users Are Wealthier and More Educated

Analysis shows that the more educated individuals who are on any given network tend to share stories and content with other users that they deem valuable. Since Twitter has – at least via surveys – a better educated base than many other social networking mediums, marketers swoop down on the platform and use it to push their products and services. Since Twitter users have more money than the average social networking user, businesses continuously promote and use Twitter in a variety of functions in order to gain access to this prized demographic.

Two-thirds of Americans report using some form of social networking in their day-to-day lives, but fewer than one in five of those report using Twitter. Despite having an active user base of over 100 million people, it is rather paltry when you compare that to Facebook’s 900 million active users. Twitter has been slow to grow and recently is showing stagnation in many areas. Over the past year, growth in adult users has risen from a measly 13% to only 15%, making its market penetration far less effective than Facebook. The growth of this social giant has proved to be quite unpredictable and now seems to be reaching a tipping point.

Statistics show us that approximately one in four active Twitter users have no followers, meaning that while they use the site to view information, promotions and other tidbits, they are not in fact adding much to the overall conversation. While those who share their links to others on the network may not be worried (Want to find any Twitter links to your website? Use Pingler’s Twitter Links Finder), this trend does not speak well for the future organic growth of the site and is most likely serious hampering the growth that otherwise would be much larger.

Tags:
social networkingtwitter
« Pingler SEO Tools Upgrade
Does Your Business Use Pinterest? If Not, Why Not? »
Share

Send Your Conversion Rates into the Stratosphere with These Tips
Need Help Boosting Facebook Ad Engagements? Try Out These Tactics
How to Get the Most out of Your PPC Bidding Campaigns