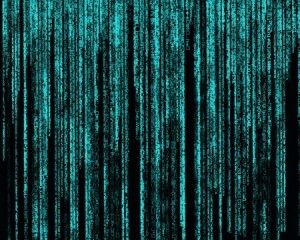 For a few years, brands and businesses – and just about anyone else – have been able to take advantage of one feature on Facebook that is built for shameless self-promotion. Facebook pages are a great way to build up an active audience and passively keep in touch with them through a variety of status updates. You can use posts, photos, videos and much more to target your users and gain their attention for important causes. In recent weeks, however, we are hearing buzz that Facebook may be changing this dynamic; it wouldn’t be the first time, but the changes we are hearing about could be disastrous for online marketers. We’ll discuss what is going on below so that you can be prepared for what is about to happen.

Past Updates to Pages

Facebook has been known to tweak its algorithms quite often, and there have been several instances of this in the past and how it related to Facebook page visibility. Users of Facebook pages in the beginning were almost guaranteed to be pinging users and fans with each status update that they provided, making it incredibly easy to get the message out. Of course, this easy way of reaching users ultimately led to a saturation of pages and Facebook has to adapt. Facebook pages enjoy about one-third of the reach as they did three years ago, which lead to page admins having to become more creative in order to gain exposure.

Reports coming out from popular page administrators that have already been affected by these changes state that up to ninety percent of their reach has suddenly disappeared. Facebook appears to be adjusting pages bit-by-bit, so as not to create a monumental uproar all at once. This means that a page with 100,000 likes and an average reach of 15,000 users will now only be able to reach approximately 1,500 individuals without additional means. There hasn’t been a dramatic surge of Facebook pages as of late, so why is Facebook adjusting these algorithms once again?

They Want Your Money

There is no doubt that many admins have spent years building up their Facebook presence, some of which may have been achieved through paid advertising. Now that there are so many established brands using this platform, the nerfing of organic traffic can be done in such a way that many will not want to give up on their endeavors. As such, Facebook is moving toward a model where services will cost extra for page administrators, while users will still enjoy free social media. If you want to be pinging users to the same extent as you were two or three years ago, then you are going to have to begin paying for the privilege – even if they are already your fans.

Facebook is rapidly changing the functionality of pages and you will soon experience it – if you have not already. Be prepared to pay more to reach the same number of fans, or move to a different platform entirely. If it becomes too difficult to utilize Facebook for marketing purposes, this feature may ultimately become obsolete. In the meantime, however, it is likely to continue to be in demand due to its ease of use and widespread acceptance.

How to Provide Excellent Customer Service via Social Media
Why Do Businesses Use Instagram?
Here’s How Bloggers Can Improve Their Visibility via Marketing