Sensitive Social Media Events – When to Engage, When Not to Engage and Some Helpful Tips 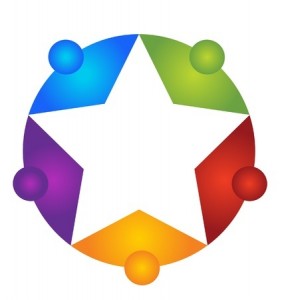 A variety of life-changing events and disasters have occurred over the past several years, and the introduction of social media has helped information flow freely and instantaneously as these events unfold. In most cases, the average brand will not have reason to engage with their audience on a sensitive topic and as such, never has to ponder the question of how to handle their brand’s behavior throughout the process. In the following article, we will cover events in which your brand should remain silent and how to handle any mishaps should you wade into unfamiliar waters.

When Not to Engage

Plenty of notable brands have learned the hard way when it comes to inappropriate or ill-timed posts that correspond to a certain event. If any sort of death or destruction has occurred, then it is virtually assured that your brand has nothing to gain through a perceived exploitation of the situation. Even those who attempt to churn up sympathy or well wishes for those impacted by said events may find themselves on the wrong end of bad publicity. With emotions at a high during disastrous events, it is vital that your brand is not perceived as insensitive or otherwise clumsy during such a time.

One notable example is the pre-scheduled tweet for the National Rifle Association. The day after the mass shootings in Aurora, Colorado, the NRA released a tweet that read, “Good morning, Shooters. Happy Friday! Weekend plans?’. This single tweet – which was meant innocently and published for release prior to the event – sent shock-waves throughout American media and led to the NRA ultimately suspending its Twitter account after pinging blogs and millions of Twitter users’ accounts. Insensitive comments cannot always be avoided, as outlined above, but you should never walk into a social media situation that could otherwise be a public relations nightmare.

One of the best ways in which to take advantage of a developing situation for social media gains is to be timely. A variety of different companies jumped on the bandwagon immediately after half of the lights during the 2013 Super Bowl suddenly went off; in this case, the event itself was a rather trivial affair that did not profoundly impact the lives or fortunes of those in attendance. As a result, several companies were able to gain a huge amount of publicity for their creative tweets and status updates without any upset or outrage.

If you do choose to engage a sensitive situation via social media, then be sure to do it from a perspective that will not be perceived as brand promotion. This form of insincerity can be a major death knell for any brand and will only lead to negative consequences. You will also need to verify that any future posts currently scheduled do not come across as insensitive. Once you engage in a particular dialogue, then you also need to be prepared to be “on-call” throughout the event: the first few comments may alert you to a potentially serious problem that can be rectified quickly before any large amount of outrage is created or angry followers start pinging blogs with your mistakes.