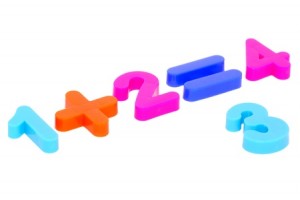 Social media offers websites, companies and individuals the chance to express themselves in a creative format to as many people as are interested in following them without any cost or complicated processes. This form of communication – for the reasons mentioned prior – is quickly becoming the most popular way to convey information in the world, and the trend does not appear to be slowing down at all. With such a new platform and the lack of being able to instantly determine how something will be received, many blunders occur on a daily basis by individuals, celebrities and companies alike. Below, we will discuss some of the most famous social media blunders in recent history to help you avoid the same fate.

At the beginning of 2012, McDonald’s attempted a PR campaign on Twitter to boost exposure of their brand and encourage individuals to share their stories using the hashtag #mcdstories. The company pumped money into ad campaigns to make the hashtag trend, but Twitter users were anything but kind. People from all over the world began pinging the servers of Twitter with horror stories about the fast food giant, leading to the campaign taking off in ways that McDonald’s never intended. This lead to McDonald’s admitting that the viral campaign did not go according to plan. Whoops!

Sometimes, social media snafus can be out of our control. Take the very recent case of the Associated Press’ Twitter account being compromised. On April 16th around lunchtime, the account broadcast the message “Breaking: Two Explosions in the White House and Barack Obama is injured”. Not only did this lead to the AP’s Twitter account being temporarily suspended until the problem could be verified as solved, but the NYSE experienced what is known as a “flash crash”, sending the stock market plummeting by roughly 150 points in the span of just two minutes.

Following the mass shootings in Aurora, Colorado, the United States was certainly on edge. Unfortunately, a tweet pre-scheduled by the NRA for the morning following the shooting that said, “Good morning, shooters! Happy Friday! Weekend plans?” created a controversy and backlash against the organization as hundreds of thousands of people began pinging the servers of Twitter to express their anger. Some effects of this untimely tweet are still being felt today. The tweet was deleted hours after its initial posting but ultimately, the NRA shut down its Twitter account in response to the public backlash.

In October 2012, the Twitter account of StubHub released a very crude tweet that denigrated the company and used inappropriate language. The tweet said, “Thank f*** it’s Friday! Can’t wait to get out of this stubsucking hell hole”. The resulting tweet remained up for about an hour before someone caught wind of it and deleted it. To this day, no one knows if the account in question was hacked or if it was a disgruntled employee, but we can all sympathize with the notion of it being an employee who’s ready to get out of the office for the weekend.

Tags:
social mediaSocial Media Blunders
« How to Sell Your Website for a High Price
How to Avoid Embarrassing Social Media Mistakes »
Share

Have You Created Your Business’ New Year Resolutions?
The Basics of Writing a Great Blog Post
Tips for Beginners – Starting Your Very Own Membership Site